"The lady doth protest too much, methinks"

She’s the Golden Girl, the Blonde Bombshell of the radical right. Review some of Ms. Coulter’s shining moments.

She was fired from MSNBC when she told a disabled Vietnam veteran, “people like you caused us to lose that war.” She was fired from the conservative National Review when she turned in a column offering a final solution to the Muslim problem: “We should invade their countries, kill their leaders and convert them to Christianity.”

Ms. Coulter thinks it would be “fun” to launch a preemptive nuclear attack.

Not surprisingly, her book Treason defended and praised Joseph McCarthy, one of the darkest figures in American history. Arnold Beichman, a conservative from the Hoover Institution, reviewed Treason for the conservative Washington Times. His assessment: “[I] tried to read Miss Coulter’s book and failed. Life is too short to read pages and pages of rant.”

One of the issues at hand is related to another of Coulter’s idiotic statement, “I take the Biblical idea. God gave us the earth. We have dominion over the plants, the animals, the trees. God says, ‘Earth is yours. Take it. Rape it. It’s yours.’”

How strange – not to mention truly sick and demented – that a woman would approve of and encourage rape, especially of Mother Earth.

Coulter expanded on her “let’s rape Mother Earth” ideology in a recent article – “Let them eat tofu!” – that appeared in a most appropriate venue, WorldNetDaily, otherwise known as WingNutDaily which, according to its founder, editor and CEO, was conceived as “‘an Internet newspaper’ committed to the highest ideals of American journalism” [link added].

No doubt the pixie was trying to be funny in her usual demented way. But maybe not. So please, Ms. Coulter, would you be so kind as to produce a list of “reputable scientists defending astrology” longer than the list of reputable scientists worldwide who are defending global warming? Perhaps you can begin by surveying the 50,000 international scientists involved in the polar project:

More than 50,000 researchers hope to find an answer during a massive study of how global warming and other phenomena are changing the coldest parts of the Earth -- and what that means for the rest of it.

Scientists formally kicked off the International Polar Year on Thursday, the biggest such project in 50 years. It is unifying researchers from 63 nations in 228 studies to monitor the health of the polar regions, using icebreakers, satellites and submarines.

But Coulter was only getting warmed up:

Aside from the cutesy rhetoric and glaring stupidity – Stalin and Hitler as “liberals” – wasn’t it Ms. Coulter who thought it would be “fun” to nuke non-Christian countries? No doubt she delights in the fact that, according to the Pentagon,

Climate change over the next 20 years could result in a global catastrophe costing millions of lives in wars and natural disasters.

A secret report, suppressed by US defense chiefs and obtained by The Observer, warns that major European cities will be sunk beneath rising seas as Britain is plunged into a ‘Siberian’ climate by 2020. Nuclear conflict, mega-droughts, famine and widespread rioting will erupt across the world.

The document predicts that abrupt climate change could bring the planet to the edge of anarchy as countries develop a nuclear threat to defend and secure dwindling food, water and energy supplies. …

‘Disruption and conflict will be endemic features of life,’ concludes the Pentagon analysis. ‘Once again, warfare would define human life.’ … [italics added]

Coulter’s “Let them eat tofu!” article, like so much of what she says and writes, is exceeding short on substance in relation to the issues addressed and far too long on childish sniping and character assassinations of those with whom she disagrees politically. Witness her latest:

“I was going to have a few comments about the other Democratic nominee, John Edwards, but it turns out that you have to go into rehab if you use the word ‘faggot,’” she said to a crowd, eliciting uncomfortable groans, then cheers and applause. “So I’m kind of at an impasse. Can’t really talk about Edwards, so I’ll just conclude here and take your questions. Thank you.”

Actually, Coulter should be thanked for her stupid statements and hateful remarks. Such odious comments do nothing but hurt the radical right. They make it clear to everyone what self-centered, hate-mongering bigots they really are.

As Joe Solmonese, president of the Human Rights Campaign, said in commenting on Coulter’s remarks, “It is clear that some in the Republican Party plan to run in 2008 the same way they did in 2004, by using discrimination to divide the country and rally their base. … But, 2008 is not 2004, and this time the politics of fear and smear will not work. The American people are tired of those who would rather divide than unite.”

Coulter’s ad hominem attacks also point out that she and her ilk have no ideas, nothing new to say. All they can do is make fun of others:

But perhaps there’s something else – something psychologically telling – in Ann Coulter’s diverting fondness for calling people “fags” (and, no doubt, “dykes”):

This wouldn’t mark the first time that Coulter has “gay-baited” a Democrat. Coulter used the “other f-word” in a joking reference to Gore in a television interview last June, and on various occasions has claimed that Bill Clinton could be a “latent homosexual.”

“I think that sort of rampant promiscuity does show some level of latent homosexuality,” Coulter said of Clinton on The Big Idea with Donny Deutsch on CNBC. (Crooks and Liars has video of the CNBC comments.)

Given that Ms. Coulter probably deems Shakespeare a liberal faggot, she may never have bothered to read him. But one of the bard’s most famous lines could easily be applied to Ann Coulter, with a latent wink and a nod: “The lady doth protest too much, methinks” (Hamlet, III, ii, 239). 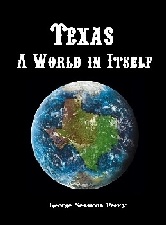