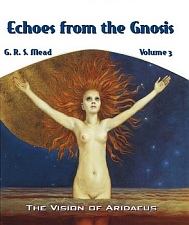 Alberto Gonzales is the latest imperious conservative tripped up by his own ideological arrogance.

Donald Rumsfeld has been axed. Tom DeLay cut and ran. "Scooter" Libby stands convicted. Michael "you're doing a heck of a job" Brown was tossed. Newt Gingrich disgraced himself. And now the clueless Attorney General, Alberto Gonzales, is surely the next to go.

Why this confederacy of dunces? The conservative National Review cover asks plaintively, "Can't Anyone Here Play this Game?" Time Magazine puts conservative icon Ronald Reagan on its cover, a tear rolling down his face, reporting on "How the Right Went Wrong." But it's not incompetence or corruption -- although both abound -- that fostered the misrule of this conservative administration. And Reagan would feel not dismayed, but right at home with the follies and crimes. Remember: Reagan's attorney general, Edwin Meese, was disgraced. His national security advisor copped a plea. Oliver North stood convicted. His defense secretary, Caspar Weinberger, would have been indicted for perjury and obstruction of justice if George Bush the first hadn't issued a preemptive pardon.

What is it about conservative administrations that lead them into disgrace and indictment? Incompetence isn't at the core of these scandals -- ideology is.

Conservative presidents -- from Nixon to Reagan to Bush -- believe in the imperial presidency. They assume that in the area of the national security, the president operates above the law, or as Nixon put it, "When the president does it, that means that it is not illegal." They operate routinely behind the shield of secrecy and executive privilege, with utter disdain for the law. So Reagan spurned the Congress when it cut off funds for his loony covert war on tiny Nicaragua. And Bush trampled the laws to set up the torture camps in Abu Ghraib, Guantánamo and elsewhere. Each would seek to keep their lawlessness secret; and that would foster lies, obstruction of justice and ultimately disgrace.

Second, conservatives are acutely aware that they represent a minority, not a majority, position in America. From Nixon to Lee Atwater to Karl Rove, they play politics and exploit America's divides with back-alley brass knuckles -- from Reagan's welfare queen to Bush's impugning the patriotism of Georgia Senator Max Cleland, a Vietnam War hero who literally sacrificed his limbs in the service of his country. They excel in the politics of personal destruction, as Democratic presidential candidates Michael Dukakis and John Kerry discovered. And in the grand tradition of the establishment in American politics, they are relentless in seeking to suppress the vote, particularly of the poor and minorities who would vote against them in large numbers.

Gonzales' imbroglio is a direct expression of this. At its core is the run-up to the 2006 elections with the Republicans under siege for the most corrupt Congress ever. The White House and Republican politicians grew exercised at Republican prosecutors who they considered too lax in exposing potential Democratic corruption, too avid in pursuing Republican crimes or too slow in prosecuting reports of "voter fraud," the GOP code for using investigations to disrupt minority registration and get out the vote programs, and to intimidate wary black and Latino voters. Justice was ranking U.S. attorneys based on whether they were "loyal Bushies."

The axing of David C. Iglesias, the U.S. attorney in New Mexico, is the archetype. With New Mexico up for grabs, Iglesias was being pressured directly and shamelessly by Republican Sen. Pete Domenici and Mickey Barnett, the attorney representing the Bush campaign in New Mexico to hustle up indictments on alleged incidents of voter fraud. (Iglesias found no evidence of any program designed to influence an election.)

Vulnerable Rep. Heather Wilson lobbied him to bring indictments against state Democratic officials before the election to help make the point that when it comes to corruption, everyone does it. When Iglesias refused to respond, he was targeted despite glowing performance reviews. The firings took place as an object lesson for U.S .attorneys headed into the donnybrook that will be the 2008 election. As Iglesias put it, "main Justice was up to its eyeballs in partisan political maneuvers."

Gonzales will surely be the next administration official to fall on his sword. Republican legislators are already questioning his ability to serve the president effectively. We'll see more stories about White House mismanagement and incompetence. But don't be misled. Bush and Rove know how to play this game. They play by their rules, the rules that conservative administrations have followed since Nixon. And that's the real lesson. The phrase "conservative misrule" is a redundancy. The two words mean exactly the same thing. 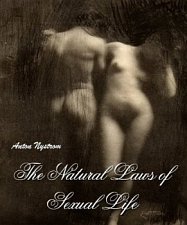