What do they expect from these GOP Compassionate Khristians?

Maggots Reported In Wounds Of US Soldiers In Veterans Homes

Pentagon looks into conditions at home for vets
By Steve Vogel and Michael E. Ruane
The Washington Post

Reports of a rising death rate and rooms spattered with blood, urine and feces at the Armed Forces Retirement Home have prompted the Pentagon to begin investigating conditions at the veterans facility in Washington.

The Government Accountability Office warned the Pentagon this week that residents of the home "may be at risk" in light of allegations of severe health-care problems. Residents have been admitted to Walter Reed Army Medical Center with "the most serious type of pressure sores" and, in one case, with maggots in a wound, according to a GAO letter sent to the Defense Department.

Timothy Cox, chief operating officer for the retirement home, said the accusations are "without merit," and he blasted the GAO for making "inflammatory allegations" without investigating them.

The reports came from medical personnel who treat residents at the historic veterans home, formerly known as the U.S. Soldiers' and Airmen's Home. The facility, run by an independent federal agency under the jurisdiction of the Defense Department, is home to more than 1,100 enlisted retirees, many of them veterans of World War II, Korea and Vietnam.

The Pentagon sent a team of four doctors on an unscheduled visit Wednesday to view the conditions and speak to officials and residents. The team was appointed Tuesday in response to the letter sent a day earlier to Defense Secretary Robert Gates by David Walker, the comptroller general for the GAO.

The letter reported allegations that inspectors received during the "oversight and monitoring" of the home mandated by Congress in 2005. According to Walker's letter, the allegations include a "rising number of resident deaths," an increase in the rates of admission to Walter Reed, resident rooms befouled with human waste, and veterans suffering from bedsores.

"GAO believes that these allegations should be examined because AFRH residents — a vulnerable population of elderly, enlisted, military retirees — may be at risk," Walker wrote.

Those who raised questions about the medical care have suffered retaliation from the private company that manages the veterans home, the medical personnel told GAO investigators.

During a tour of the home Wednesday, Cox confirmed a resident had been found in August with maggots in a leg wound. Cox said the man was "noncompliant and combative" and did not want his dressing changed.

Cox said the dressing should have been changed anyway. Eight employees were eventually fired because of the incident, he said. The man, who was 87, later died of causes unrelated to the wound.

"It was an isolated incident," Cox said.

Cox said reports of human waste in the rooms may have stemmed from an outbreak in February of highly contagious norovirus, which infected more than 100 residents.

Cox said the home's death rate has gone up from about 13 to 15 a month.

In addition, the home received an influx of veterans after Hurricane Katrina damaged a sister institution for Navy veterans in Gulfport, Miss. Cox said the Washington home has 150 residents requiring assisted living, twice as many as before the hurricane.

Sens. Carl Levin, D-Mich., and John McCain, R-Ariz., sent a letter to Gates saying they were "dismayed" by the GAO letter and calling on Defense "to immediately undertake an independent investigation."

He's the damned DECIDER!
He DECIDED to let troops Down!
Konpassionate Khristian Kon 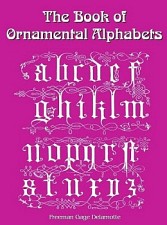 Main Article Page
What do they expect from these GOP Compassionate Khristians?
http://www.hiddenmysteries.net/newz/article.php/20070323133212176