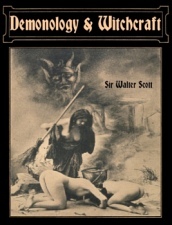 Earlier this week, Chrish reported a story about Bill O'Reilly having a hissy fit over stale croissants. Now it seems, BOR has taken his revenge on April Winchell banning her for life from KABC.

A week ago, I told a little story about Bill O'Reilly when I guested on Mr. K's show. As you know, Mr. K recently moved to KTLK, which means that we were free to talk about on air personalities at KABC.

I related a story about Bill's behavior at KABC a while ago, when he was in town doing some publicity. Mr. K joined in the fun, and within two minutes, we had filled in all the details.

Click here for an edited MP3 of the segment.


Within a few days, Andrew Sullivan had picked it up, along with LA Observed, Newshounds and many other blogs.

It was interesting to watch, and I thought the appetite for the story was telling. But I couldn't help wondering what was coming.

What should have come was an apology, and not from me. A simple admission of bad manners on Bill's part would have been strategically brilliant. He could have mitigated it with the usual excuses of jet lag and exhaustion, and come off looking almost human. That would have served him very well.

But he went another way.

BILL O'REILLY HAD ME BANNED FOR LIFE FROM KABC.

Boy, you really know how to hurt a girl.

You got me fired from a job I didn't have, at a station that wasn't paying me.

Now what am I going to do? I thought a had a real future there! I mean, okay, maybe I guested twice a month for something like 5 years and never got any compensation. But it's not like I had to pay to park!

And maybe they did edit out parts of shows I did and turn them into commercials for Make It Work without paying me, but they're busy over there! Bill's pastry isn't going to bake itself.

I guess this means I won't be the 5th Satellite Sister now. That's a real blow, because I wanted to add another 8 listeners to my fan base.

In case my sarcasm isn't registering for some reason, let me just cut to the chase and say that I could give two shits about being on that horrible station. They are disloyal, and completely shortsighted, as evidenced by the shameful way they treated Mr. K. They are unimaginative and unresponsive to the community, jettisoning local shows to bring in bloviating gasholes from New York who regurgitate the same tired, right-wing screamfests you hear done better everywhere else.

I only went there to have the pleasure and privilege of working with Marc Germain, and now that he's gone, I wouldn't set foot in that shithole again. Banning me from KABC is like banning me from Sizzler. Who the fuck cares?

Take a look at this:


So I just want to say three short things about this, and then we'll shovel some dirt on it and let it die.

2. A simple admission of imperfect, human behavior makes things go away, and it's good for your character.

3. Don't mistreat your employees. People who are shown no loyalty will show none to you. How do you think I know this story?

Well, there you have it. Another bridge burned.

And that's the great thing about moving forward: you don't need bridges once you've crossed them. 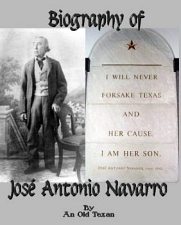