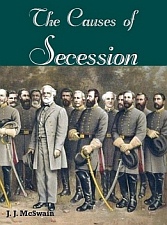 With the film “300” riding a wave of popularity, ancient warfare is now all the rage. But the Battle of Thermopylae is not the only historical conflict that we ought to know about.

In 279 BC, King Pyrrhus of Epirus defeated the Romans at Asculum. Pyrrhus’ victory was bittersweet, however, because of the devastating loss of so many men. Having fewer troops to throw into combat than his opponents, he mourned that his win was effectively a loss.

“Another such victory,” he reportedly said, “and we are undone.” This sequence of events gives us the fine term “Pyrrhic victory,” a win that’s really a disaster.

That’s what happened this week in a federal court battle in Washington State over “faith-based” funding. In a judicial decision there, the Religious Right won a skirmish and lost the larger battle.

U.S. District Judge Franklin Burgess dismissed a lawsuit by Americans United for Separation of Church and State that challenged federal funding of the Northwest Marriage Institute (NMI). The Tacoma, Wash., court found that NMI was using its allotted public funds only for secular marriage counseling programs, and, therefore, the government subsidy did not violate the constitutional separation of church and state.

“Christian groups are not second-class citizens that have to give up their religious identity to receive federal funds,” said ADF Legal Counsel Tim Chandler, in a press release. “Faith-based organizations such as the Northwest Marriage Institute are making a positive difference and should not be harassed by groups like Americans United that pursues a radical, separatist agenda. This was obviously an end-run to deny all faith-based organizations the right to apply for government funds to assist those in need.”

The Family Research Council piled on.

These comments are predictable, but they leave out some very interesting information.

When Americans United filed its lawsuit, NMI was still very much a “Bible-based” operation. Its founder, Dr. Bob Whiddon, was a former Church of Christ minister who stated publicly that “whatever is done in counseling…must rest upon the Bible.” At another point, he explained, “If it is not founded on the Bible it will not work.”

The NMI Web site was replete with Bible references. A quiz there asked, what does it mean when “the Bible says that the ‘husband is head of the wife’?” Another document noted that “65 percent of all who live in Oregon and 67 percent of all who live in Washington have no connection to any church,” so there is a “great need’ to “take biblical marriage education and biblical marriage-counseling to the communities.” The outfit’s mission statement said it exists to provide “Bible education in marriage and related subjects.”

After Americans United’s lawsuit was filed, Whiddon denied that public funds were being used improperly, but told Religion News Service, “We are a faith-based organization and we do provide faith-based counseling…. I use the Bible as my counseling manual.”

Whiddon’s attorneys apparently thought NMI needed a radically different approach if it were going to win the lawsuit, and the group soon underwent a conversion. Bible references disappeared from the NMI Web site and workshop curriculum materials were rewritten to eliminate all religious references.

The new curriculum even included a notice that said “because this project is made possible because of federal grant funds, there will be no religious content included in written materials or workshop presentations. Any questions or discussions regarding religious aspects of marriage must be addressed in a separate place or at a separate time than the scheduled workshop sessions. Please respect [this] arrangement.”

The NMI mission statement was changed as well.

So, in effect, Whiddon and the ADF won the case by dropping all religious components from the NMI program. It turns out, contrary to Whiddon’s previous professions, marital counseling can be done without reference to the Bible – if there’s a federal grant at stake.

Judge Burgess was persuaded by the about-face.

“According to the deposition testimony of Dr. Whiddon,” Burgess found, “beginning in April 2005 and culminating in the formal change of its mission statement in October 2006, The Marriage Institute shifted its mission from providing Bible-based marriage workshops and counseling to providing marriage workshops without religious references. This change was prompted by a desire to qualify for operational funding from the federal government.”

Consequently, Burgess dismissed the AU lawsuit, while reaffirming fundamental principles of church-state law. Public funds, he ruled, cannot pay for indoctrination in religion! And that, of course, is what Americans United was seeking all along. The Constitution has been honored.

But isn’t it odd that the ADF and the FRC – two militantly evangelical Christian organizations – see the outcome as a victory? Is denying Christ in exchange for Caesar’s coin now an objective of the ADF? Is tossing the Bible in the trash can to cash in on federal funds a good thing in Tony Perkins’ view? Who was it who said, “For what is a man profited, if he shall gain the whole world and lose his own soul?” (Hint: check Matthew 16:26.)

Do the ADF and the FRC know what “Pyrrhic victory” means? If not, they might want to look it up.