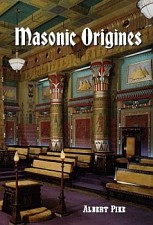 Given the popularity of lawyers -- who rank with weasels, used-car salesmen and journalists in the public's esteem -- the great furor over the Bush administration's firing of eight U.S. attorneys is the season's political surprise.

An impartial observer might conclude that it lacked the necessary ingredient to seriously threaten the president -- that ingredient being sex.

But instead of dirty laundry, which the American people understand better, everyone is left to ponder the proper etiquette for firing political appointees for political purposes -- specifically, why it is right to do so at some times but not others.

Still, the controversy does have legs, giving Democrats in Congress something to do in the periods when they are not making their sadly doomed efforts to stop the aforementioned war in Iraq.

To be sure, the fuss over the federal prosecutors has provided some jolly moments for those Americans with a sense of humor.

For example, there was President Bush, who has always jumped to the strings of his partisan puppeteers, Dick Cheney and Karl Rove, calling on Democrats to "drop the partisanship."

In another note of levity, various conservatives have been defending the president because Bill Clinton did the same thing (sort of) -- the same fellow who in their view is the devil. "Bush can do it because the devil did it" is a humiliating argument, however you cut it.

With subpoenas to White House aides threatening, what is more interesting than the exact throw-weight of the scandal is the core principle that Bush defends -- executive privilege.

Unfortunately, most Americans don't understand this important concept at all. The Bush administration, which has promoted an expansive notion of executive privilege, defines it this way: We are the executive and we are privileged and you are not. Elections have consequences, except when Democrats win them.

Well, it's hard to argue with that. With great patience and magnanimity, Bush has told the unprivileged that he will allow relevant committee members on a bipartisan basis to interview key members of his staff. He will also provide all relevant documents and e-mails related to the firings. What he resists is the notion that his staff be subpoenaed and have to testify under oath as if they were mere servants of the American people.

I have to admit that Bush is completely right about this. It would be far better if restive members of Congress came to the White House for a nice chat, perhaps a cup of coffee and a cookie and be sent on their way with a hearty laugh and all the relevant facts presented to them.

One problem with sworn testimony is that they love the Bible in the White House, as you know, and the idea that perspiring aides might have to put their hands on it and take an oath risks making the Bible indecently soiled with grubby handprints.

Worse yet than the issue of cleanliness, those swearing on the Bible must tell the truth, the whole truth and nothing but the truth. That is ridiculous. How in the world can any government function if it doesn't have the freedom to lie?

And why start telling the truth now at this late stage? Pity poor Dick Cheney, who has made an art form of the untruth. Indeed, his main medical problem is not his heart or blood clots in his leg but the various Pinocchio-dectomies that his doctors must perform on his nose on a regular basis. He is supposed to tell the truth, too?

It is positively un-American to think that this most patriotic of American administrations would now get in the business of truth-telling. Besides, it has already been established in the law that a president can only be forced to testify under oath in a civil case involving hanky-panky, a theory that surely extends to his aides.

Possible obstruction of justice is not hanky-panky. Not in George Bush's America.

Reg Henry is a columnist for the Pittsburgh Post-Gazette. 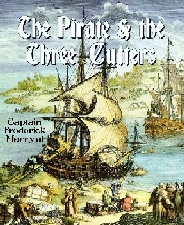