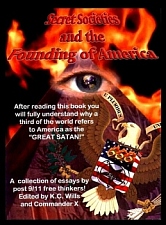 This is an area of patriotic pride into which the Ayatollah Khamenei and President Ahmadinejad probably seldom stray when they meet for a cup of tea and a pot of finest Iranian beluga, but the birthplace of human rights was Iran. In 539BC, on being crowned king of Babylon, Cyrus the Great read out a declaration now held in the British Museum, and known as the First Charter of Human Rights.


“I announce that I will respect the traditions, customs and religions of the nations of my empire,” recited the Persian monarch. “While I am the King of Iran, Babylon and the nations of the four directions, I will never let anyone oppress any others, and if it occurs I will… penalise the oppressor. I will never let anyone take possession of movable and landed properties of the others by force…”

Nothing specific there about such movables as Royal Navy vessels and their personnel (great warrior, that Cyrus, but no foresight), but you get the gist. That a country invented something important is no guarantee that it will remain a world leader in the field in perpetuity, as close followers of the England football team may have worked out for themselves. But Iran’s regression in human rights terms since Cyrus blazed such a spectacular trail two and a half millennia ago (his insistence that “everyone is free to choose a religion” has a particularly poignant ring; so, alas, does his ambition to “exterminate slavery all over the world”) puts the travails of Steve McClaren in the shade.

Having said that, the reaction to the televising of Faye Turney on Wednesday does seem slightly hysterical. It goes without saying that the seizure of the 15 sailors and marines, whether or not they had strayed into Iranian waters (and it seems certain that they didn’t), is inexcusable on every level. So is the transparent coercion of a frightened young woman to say things she clearly didn’t wish to say.

And yet although Leading Seaman Turney seemed stressed, naturally enough, she also looked healthy. There were no overt signs of any physical violence, and her hands were not cuffed. She was wearing civilian clothes, and was allowed to smoke. So on hearing Des Browne, the Defence Secretary, saying that it is “totally unacceptable to parade our people in this way”, the image that flashes to mind is that of other people being paraded for a global television audience, their legs and hands chained together, their bodies immersed in lurid orange boiler suits.

The British Government wasn’t directly responsible for Guantanamo Bay, but it colluded in the illegal seizure of suspects taken there and mistreated to an unimaginably worse degree than appears the case with LS Turney. It assisted the Americans in their pioneering extension of the concept of outsourcing to take in torture, allowing CIA jets to refuel at British airports while transporting suspects to countries with a similarly unCyrus-like approach to human rights as modern Iran.

And it never raised a squeak about such criminal acts as the kidnap of Osama Mustafa Hassan Nasr, an EU citizen who was walking down a Milanese street in February 2003 when CIA operatives snatched him, bundled him into the back of a white van, and flew him to Cairo for interrogation.

None of this is to suggest, of course, that one nation’s collusion in the illegal seizure of foreign nationals in any way justifies the use of the same indefensible tactics by another, or diminishes the seriousness of the offence. But British complicity in these American crimes raises questions about the source of the moral authority fuelling the current outrage about LS Turney’s television appearance. If it did contravene the Geneva Convention, inmates of Camp X-Ray were expressly excluded from its protection, although they were supposedly captured in war (the abstract one against terrurrh), and no Cabinet minister publicly objected to that. It also highlights yet again the extent to which the catastrophic blunder in Iraq is undermining attempts to deal effectively with Iran.

Precisely why the Iranians captured the officers remains opaque, even now, a week after the event, largely because of the confused command structure at the top of their government and the factional nature of the military. What is crystal clear, however, is that Iran would never have dared so blatant an act of brinkmanship were it not convinced, quite correctly, that the Iraqi misadventure has rendered Britain too nervous and demoralised, not to mention militarily overstretched, to respond with serious force.

If the Iranians aren’t remotely spooked by the presence in the region of US aircraft carriers designed to focus their minds on Mr Bush’s warnings about the consequences of continuing with their nuclear programme, it’s hard to imagine Margaret Beckett petrifying them into line. Not even if she uses that specially fierce tone of rebuke she usually reserves for boy racers tailgating the caravan on rural lanes.

Four years after joining a war notionally intended to defuse the threat of non-existent weapons of mass distraction, we see more clearly than ever how that war has emboldened Iraq’s neighbour to develop real ones; and how impotent that war has left Britain and the US so far as containing a volatile, oil-rich country gripped by paranoia about the intentions of the local nuclear superpower, Israel, and presided over by the world stage’s closest thing, in Mr Ahmadinejad, to a fully fledged village idiot.

Upsetting as the vision of a distressed young mother certainly is, in the nuclear scheme of things the manipulation of LS Turney for propaganda purposes looks a fairly small step on the long, winding and disturbingly signpost-free road towards regional nuclear proliferation. The anguish expressed here by politicians and pundits stems less, one suspects, from any genuine fear for the officers’ safety - the Iranians may have become audacious, but they are not suicidally stupid and will release them unharmed, if traumatised, as in the similar incident of three years ago - than wounded pride that the naval officers of a once-dominant maritime power should be treated with such undisguised disdain.

Somewhere in all this lies a moral. Gunboat diplomacy is a thing of the past, even if we could find a spare gunboat, and for all the public pretence of “ratcheting up the heat” on the Iranians, they need to be handled with the softest of kid gloves, and cajoled into behaving by a coalition of international trading partners sympathetic to the plight of the sailors. For the days when Britain had the stature, self-confidence and façade of moral authority to play sergeant to the US chief inspector on the global stage are over, and the villains know it.

This is the legacy of Iraq, and if the posturing of the Iranians leaves Mr Blair’s successors in less doubt than ever about that, the ordeal of Leading Seaman Turney and her 14 colleagues will not have been in vain.