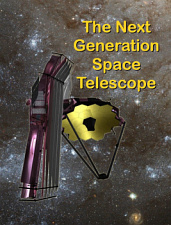 by Felicity Arbuthnot
An Open Letter to the UK Chancellor of the Exchequer, Gordon Brown, M.P.


Standing in Afghanistan, you called the Iranian holding of fifteen British sailors who it is likely strayed in to Iranian waters: ‘Cruel, callous, inhumane and unacceptable.’ Breathtaking.Compared to the behavior of the UK and US troops, their treatment in Iran is seemingly a health spa.

‘Cruel, callous, inhumane and unacceptable’, is the total destruction of the country you were standing in. The boiling to death of several thousand prisoners, held in metal trucks in the sweltering summer, under the watch and very possibly at the hands of our American allies (complex accounts differ.) It is the bombing of village after village, of wedding parties and funerals, of goatherders, farmers, shepherds. It is reducing the country to a radioactive nightmare, where families bombed out of their homes have been found living in contaminated bomb craters - and suffering all the signs of radiation poisoning, according to the Uranium Metal Research Project, bleeding from all orifices with other accompanying appalling symptoms.

‘Cruel, callous, inhumane and unacceptable’, is the prison at Afghanistan’s Bagram airbase, where people are ‘rendered’, disappeared, shackled, forced to wear diapers, their eyes covered, and flown to Guantanamo Bay ‘the gulag of our time’, as cited by Amnesty International. Uncharged and untried, with rare access to lawyers, they are left to rot, between bouts of torturing. ‘Cruel, callous, inhumane and unacceptable’, is Abu Ghraib and the dozens of other prisons across Iraq, which sprung up under ‘liberation’, where the disappeared also languish, between the odd bit of waterboarding (being held under till near the the point of drowning) being stripped naked, having dogs attack, having unspeakable items shoved into bodily orifices (’We need electricity in our homes, not up our asses’, said one eventually released prisoner.)

‘Cruel, callous, inhumane and unacceptable’, is British troops in Basra pulling kids off the street and beating them up. It is hoisting some mother’s son in netting on a forklift. It is beating a young hotel worker to death, over two days. Though as usual, the British Courts, find just one person guilty. Other deaths have led to no one being found guilty. Presumably Iraqis have taken to beating themselves to death.

‘Cruel, callous, inhumane and unacceptable’, is the abandonment of British residents in Guantanamo Bay and in Iraq, the recently aired fact that torture included chaining prisoners to bedsteads, bolted to walls (the US Army sure employs some impressive psychopaths.) It is the six hundred and fifty five thousand to nine hundred thousand excess Iraqi deaths at the hands of and under the watch of the ‘liberators’ (and that was last year’s figure.) It is the four million known to have fled all that is familiar to them, or who are internally displaced. It is Iraqis and their Palestinian guests, not knowing from day to day whether they will be expelled from their host country.

‘Cruel, callous, inhumane and unacceptable’, is the destruction of an entire civil society, the lynching of its legitimate leaders, the destruction of Baghdad, the ‘Paris of the ninth century’, of humanity’s history. It is the statement, last June, of Colleen Graffy, US Deputy Assistant Secretary of State for Public Diplomacy, devoid of anything remotely connected to humanity, who said of three prisoners in Guantanamo who committed suicide, rather than live tortured and shackled, without hope, that their deaths were: ‘ a good PR move.’

‘Cruel, callous, inhumane and unacceptable’, were thirteen years of sanctions which cost maybe one and a half million lives, driven by the US and UK. Followed by an illegal invasion, a war of aggression and thus Nuremberg’s ’supreme crime’, for which there is a growing demand for those responsible to be tried. The sailors too and their colleagues could also be tried.

‘Cruel, callous inhumane and unacceptable’, on a personal note, is the Foreign and Commonwealth Office diplomats in Baghdad refusing to speak to the possible kidnappers of Margaret Hassan, who called her husband three times on her mobile ‘phone. It is the refusal of Ken Bigley’s brother’s plea to search for Ken via satellite, since he had one leg almost rebuilt with titanium - which can be picked up by satellites, which are pretty abundant in Iraq’s skies.

Lastly, it is worth looking at the website of your former Ambassador to Uzbekistan, Craig Murray (www.craigmurray.co.uk) also former Maritime Head of the Foreign and Commonwealth Office. ‘The Iran-Iraq maritime boundary shown on the British government map does not exist. It has been drawn up by the British government…. (it is) a fake map.’ Good Lord, surely not another ‘dodgy dossier’?

Oh and ‘cruel, callous, inhumane and unacceptable behavior’, is, if British arrogance and intransigence ends up with their sailors being banged up for a long time. Iran offered the release of Faye Turney and British government intemperate language has seemingly scuppered that. A diplomatic disgrace of enormity. Yet again, a government ‘not fit for purpose’ - any purpose.

Felicity Arbuthnot is a London-based writer. 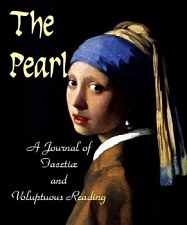