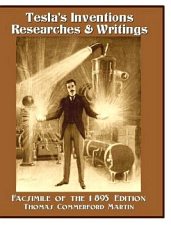 A Primer on God

Here’s one for posterity. I’m writing this for me, if there is anyone that agrees with what I say here, then good, I love you too. If there are people that end up hating me for what I’m about to write, well good for you, you would probably hate me even more if you met me.

I want to put my 50 cents into what I’ve had to suffer through by being an agnostic. The things I’ve had thrown at me because I’m smart enough to know that I don’t know. All of you people that think you know, don’t know. Simple as that.

Is there a god? Who knows. Let me just say this, I don’t know. I’ve thought about it, but I haven’t come up with anything that resembles an answer. This is where you religious folks come in with all your Jesus, Allah and Moses crap. Look, I respect that you believe in that stuff, just don’t force it down my throat. As far as empirical evidence, none of you has a leg to stand on. You can say it’s all based on faith. Who’s faith? Your’s or mine? It has to be yours, because I don’t believe in any of it. I’ve been through cancer and I’ve just had open heart surgery and you know what? I still don’t believe in any of the crap that’s out there. I might as well believe in Superman.

The reason I need to write this is because all of you religion-lovers out there are threatening the rest of the world. You Christians and Muslims and Jews want to fight it out to the death. I wish that I could take all of you religious psycho’s and put you out in the desert and let you all fight it out with baseball bats until you are either dead, or you have gotten this shit out of your system. Don’t assail me with this bullshit. I don’t want to hear it, and you can’t [prove any of it. All that religion does is make it easier to control people. It isn’t good for anything else except allowing people with a good gift for gab to make money pretending that they know more about God than you do. The fact is, nobody knows any more about God than anyone else.

I am getting sick of it. I’m getting sick of politicians going to church one day and voting to kill other human beings the next. I’m tired of the Mullahs preaching about Allah and paying kids with 72 virgins and $25,000 dollars to strap explosives around their bodies and blow people up. I’m tired of the Jews thinking that they have some extra terrestrial right to live in Israel because some old book says that it’s where they once lived. I’m sick and tired of it all. It makes no sense and for this middle-aged American man, it hasn’t proved anything. Not only do I despise religions, they threaten my very existence. I could be vaporized tomorrow because Bush and his born-again cronies want to nuke the Middle East. If everyone just took religion personally and didn't try to interject it into world affairs I would care less about who believed what. The sad fact is that people are dying everyday because they have a difference of opinion over what or who God is.

Once people start bringing God into an argument, that is the first indication that they’re argument has gone to shit. You can attribute anything to God and still look like you know something. God was over my house the other day and told me that he’s sick and tired of people using him as a referee in their arguments. All I know is that the world would be a much happier place if people believed in Superman. 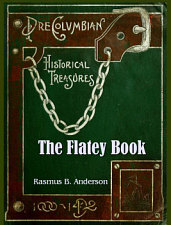