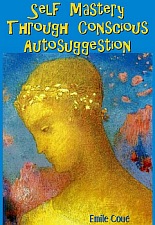 
The Roman Catholic Diocese of San Diego on Friday released the names of 38 priests who have been accused of sexual abuse, following up on a pledge that it made when it filed for bankruptcy protection a month ago.
Diocese officials said the roster is an exhaustive account of priests facing "credible allegations," listing the dates and parishes in San Diego where each served and noting the current status of each. Plaintiff attorneys said the list was incomplete.

At least 20 are dead, according to the documents. None remain in active ministry in San Diego, according to diocese counsel Micheal Webb.

The list does not specify the nature or the extent of abuse claims against those named.

Some have been accused of abuse in lawsuits filed against the diocese, but others have not, Webb said.

Those listed served in a variety of roles - pastor, deacon, chaplain - in parishes, schools, seminaries and hospitals throughout San Diego and San Bernardino, which was part of the San Diego diocese until 1978.

Some have faced criminal charges on abuse charges, including the Rev. Franklyn Becker, who spent much of his career in the Milwaukee area and was defrocked in December 2004 at the request of Milwaukee Archbishop Timothy M. Dolan.

Criminal charges that were filed against Becker in 2003 accused him of molesting a 15-year-old altar boy in a San Diego parish in 1978. The charges were dismissed after the U.S. Supreme Court rejected a law that allowed prosecution of decades-old sex abuse allegations.

Monsignor Patrick J. O'Keefe was charged with molesting a 17-year-old parishioner in 1972 in Highland, 70 miles east of Los Angeles. The charges were dropped after the Supreme Court ruling.

Eleven of the named priests served in San Diego as military chaplains or in independent orders rather than for the diocese itself, Webb said.
Plaintiffs' attorneys said the list left out the names of several priests who have been named in civil complaints.

"The church, under the guise of being forthcoming regarding the abuse of hundreds of children in San Diego and San Bernardino, has not been honest with the public," said attorney Andrea Leavitt.

Bishop Robert Brom promised to release the names when he told parishioners in February that the diocese decided to file for bankruptcy protection in the face of more than 140 civil lawsuits filed by people claiming abuse by priests.

The diocese filed for Chapter 11 protection Feb. 27, just hours before the first civil trial was scheduled to begin in San Diego Superior Court and after a last-ditch round of settlement negotiations with plaintiffs' attorneys failed to produce an agreement.

The diocese has said in bankruptcy proceedings that it intends to set a deadline to address any new abuse claims as part of any bankruptcy reorganization.

Brom asked parishes to include the list in this weekend's church bulletins, Webb said.

"This is being published very aggressively," Webb said.

With nearly 1 million Catholics, the diocese is by far the largest and, by all accounts, the wealthiest of the five U.S. dioceses to have filed for Chapter 11 bankruptcy under the shadow of civil claims over sexual abuse.

An additional 16 victims who say they were exposed to lesser types of abuse - being asked to pose for photographs or look at sexual material, for example - would receive between $10,000 and $175,000.

Under the proposed bankruptcy reorganization plan, a $3 million fund would also be created to settle any additional abuse claims that have not yet been formally made.

Final payouts would be based on the age of the victim when the abuse took place, as well as the frequency and duration of the abuse. The diocese said in its filing that it may consider the criminal history of the claimants and any history that the abused children themselves became abusers in setting compensation.

The proposed $95 million settlement is a significant chunk of the $156 million in assets disclosed by the diocese in its initial filings. The diocese said in its latest filing that it expects half the total payout amount will be covered by insurance, though it reserved the right to reduce its settlement offer if its insurers balk at the proposed sum.

Attorneys representing the plaintiffs said they thought the offer was too low. They have estimated a fair settlement to be in the range of $200 million - a record amount for such a case - based on payouts made in other dioceses, including the $100 million paid out by the Diocese of Orange County, Calif., to 87 claimants in 2005.

"This is outrageous - it's five steps backward," said Ray Boucher, the lead plaintiffs' attorney, who participated in closed settlement negotiations with the diocese. "It's clear with this plan that they're throwing down the gauntlet. This will be a long and expensive battle."


"We recognize that we have to do something for the victims, but we have to balance that against our responsibilities to our parishioners," said diocese counsel Micheal Webb.
The diocese abruptly filed for bankruptcy protection Feb. 27, just hours before the first civil trial was scheduled to begin in San Diego Superior Court and after a last-ditch round of settlement negotiations with plaintiffs' attorneys.

With nearly 1 million Catholics and holdings throughout San Diego County, the diocese here is by far the largest and, by all accounts, the wealthiest of the five U.S. dioceses to have filed for Chapter 11 bankruptcy under the shadow of civil claims over sexual abuse.

Keep your children SAFE--- NEVER take them near a church!