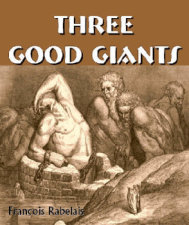 The Silence of Clergy Today versus Rev. King's "Silence is Betrayal!"

"For the sake of the hundreds of thousands trembling under our violence, I cannot be silent."-- Dr. Martin Luther King Jr., who followed these words with a description of U.S. crimes against humanity.


At the polls, citizens have finally expressed themselves against the war in Iraq. Candidates and incumbents feel the need to call for an end to the war. But we rarely hear even a peep fr0m Clergy. Is this for its observing the doctrine of ‘Separation of Church and State’ or because the Church has become BOUND to the State and SEPARATED fr0m its faith?

Our ordained professional guidance counselors, the priests, ministers and rabbis, the stewards of personal morality, are by and large without complaint or even suggestion regarding the wars of occupation in Iraq, Afghanistan and Somalia. Except for the usual time honored exhortations to pray for the dead, the dying and those doing the killing, and an infrequent academic discussion of what constitutes ‘just war’ and ‘just killing’, the senior leaders of the various religions are MUTE.

But, Martin Luther King Jr. thundered, “For the sake of the hundreds of thousands trembling under our violence, I cannot be SILENT!”

Collective guilt, collective accountability and responsibilities are very rarely, if ever, addressed fr0m the pulpits of American churches and synagogues. There is an eerie canonical absolving of personal responsibility for crimes against humanity committed ‘under orders’, (curiously, Adolph Eichman’s defense at his trial in Israel).

The clergy even in largely progressive cities generally feels constrained to speak against the policies and actions of State, as if it were against the law. They deem to ‘respect’ a quite back-assward interpretation of “Separation of Church and State”, pretending that Church be not meant not to denounce the crimes of State, even while highest officials of State often clothe themselves with a vestment of Church dogma, respecting the assumptions and superstitions, often speaking as subjects of a church or as its representatives and protectors.

In a sermon outline, a young King wrote, “We may well be ashamed of much that is associated with the history of organized Christianity and with much of what goes on in the churches today.”

This off and on weak failing of faithful ministry is a far-flung tradition that predates the American experience. There were priests and ministers in Nazi Germany who blessed the soldiers of the Wehrmacht as they left to invade neighboring nations even after Hitler began to crush the Church. In fascist satellite nations the history of an open collaboration of the Church with the Nazis was even more flagrant. Christianity and its complicity vis-à-vis the Holocaust is well known, though there were heroic renegade exceptions.

But there is a history of successful ministry of faith as well. Alongside the black popes, the inquisition and massacres in the religious wars of the Middle Ages, one can counterpoise the earlier church as sanctuary and protector of the persecuted and patron of literature and the fine arts and the many brave orders, even of today, within the movement in Latin America called Liberation Theology, unsupported by the pope. The history of Islam is similarly complicated.

It would seem that given King’s example, mainstream clergy in America has a clear choice. Continue to be silent, copying the shameful role of the Church during the Vietnam War almost to the end, or quote the documented words of a martyred giant the establishment has felt forced to honor with national holiday.

No church is going to lose its tax status for quoting a fellow Reverend Doctor with unassailable national recognition no less! MLK is an icon. King has stature. His words bite true! Only to put King’s words in Sunday sermons now in the nation’s and the world’s hour of need.

King cried, “The greatest purveyor of violence in the world today [is] my own government!" King would not have believed that al Qaida is primary and the world’s single superpower must forever invade other countries, creating more and more al Qaidas, for he warned, “Violence is impractical because it is a descending spiral ending in destruction for all. It is immoral because it seeks to humiliate the opponent rather than win his understanding; it seeks to annihilate rather than to convert. Violence is immoral because it thrives on hatred rather than love."

And, "We in the churches and synagogues have a continuing task while we urge our government to disengage itself fr0m a disgraceful commitment. We must continue to raise our voices and our lives if our nation persists in its perverse ways ..."

And, "Somehow this madness must cease. We must stop now. I speak as a child of God and brother to the suffering poor of (Substitute Iraq and Afghanistan for) Vietnam"

If this writer were clergy, what with the spate of books and TV programs challenging religions for breeding violence, I would be galvanized to step up and say SOMETHING about the present U.S. wars. The critics of those, who profess moral leadership in the name of interpreting the Unknown within an organized religion as their sustainer, are lining up like never before: Christopher Hitchens’,’ best seller “God is Not Great”; a schedule of debates between Christians and Atheists during NBC prime time; “A Brief History of Disbelief”, TV series by Jonathan Miller introduced on NPR’s Bill Moyer Journal show. These bold confrontations appeared just within the week.

Judged by, and held to, the standards of both their kindest teachings and many of the more useful and intelligent taboos of their own faiths, the vast majority of organized religions’ leaders are being accused of being apostates to their faiths, for not respecting their very own teachings, scriptures, blessed exhortations and proscribed injunctions; apostates for their silence, acquiescence, consent, approval, or support of war and its slaughter. All these critics go rather easy on organized religion, considering the horrendous amount of genocide and disgustingly ignorant and brutal behavior of millions of their followers recorded throughout the history of these three otherwise great religions of the Middle East.

If the astounding and miraculous achievements of musicians, poets, philosophers, architects, artists and sculptors, in praise of an Almighty Supreme Intelligence can inspire at least some clergy to redeem these three-millennia-old traditions of holding to socially organized ancient beliefs, then one would expect that now is a propitious time to act and prove to society their merit and efficacy in the space age.

If it ever made sense to limit one’s ministry to getting people into heaven one by one, as individuals, separate and divorced fr0m the social obligations to one another taught in each one of these three religions, it certainly is not working in today’s world of gangs all around us at every level. Clergy has little chance to ‘save’ people fr0m ‘going to hell’, separately, one by one, while commercial conglomerate TV herds them en masse fr0m childhood on, in the opposite direction, arming them with ignorant, arrogant, desperately selfish and violent minds.

Among those who have educated themselves to the famous ‘sacred’ writings of the Middle East as a world literary heritage, some are Chinese, with their own heritage of Taoist bowing to Nature, Confucian bowing to ancestors and each other, and Buddhist seeing the inscrutable, unfathomable, inexpressible, joyful mystery of existence everywhere, above all in all living creatures, - well, apparently they rather enjoy going about pitching in and trying to make a secular and democratic heaven on earth, but with that deep respect for each other which is a mark of Islam, with the caring for each other of Jesus, with the awareness of the sacredness of life of the Hebrews, and with the worship of the ‘Great Spirit’ of Native Americans, and animists in Africa and Oceania.

Martin Luther King Jr. preached and acted to save the State fr0m ‘going to hell’, fr0m making a hell on earth for the majority, through the criminal insanity of a criminally insane racist power elite, whom King believed could be cured by kind, but firm, Christian action in the name of truth and happiness.

King had to face the collusion between the power elites of Church and State – a collusion still masked in pseudo-separation. The military-industrial complex, currently dominant within a corporate governance that exercises control over the three branches of the federal government, and is symbiotic with a conglomerate owned media reaching into school, university, church and home. It is never too late to speak out, and never mind feeling bad for having waited. King himself said he was ashamed of his silence prior to his condemnation of the war in Vietnam, but his anguish made him stronger.

Everyone can have profound appreciation of all the exceptionally wonderful clergy who, like Martin Luther King Jr., when they become aware of the clergy leadership status quo herein described, turn away fr0m its death and hypocrisy, and lead us confidently into the light, in truthfulness and celebration of life. One can recommend Rev. Simon Harak as just such a person. One can also enjoy reading the peace proposals of the orthodox Neturei Karta regarding Palestine. 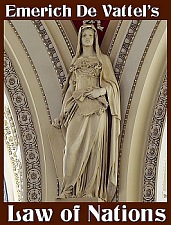