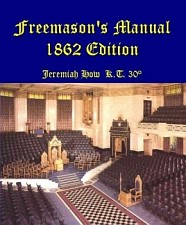 Yes, Jerry has ordered his last tent-sized silk suit, taken his last bag of cash from lonely old ladies, and ordered his last truckload of cheap, merchandising Bibles with his picture stamped on the cover. Gone on to his reward, as they say.

He donated his organs, the only gesture of kindness recorded in his adult life, but they were all rejected, except for the spleen, reportedly large enough to serve three.

The following piece, written some years ago still aptly summarizes his legacy.

The Reverend Jerry Falwell has apologized again. It is his third-favorite occupation.

His first, as we all know, is using national television to promote the kind of intolerance and ignorance long associated with sweltery, fly-blown corners of America’s South. It’s a profitable business by the looks of Falwell’s cascading jowls and tailored, tent-size suits. He generally doesn’t apologize for these activities, whether it is his retailing of video-tapes sensationalizing the pitiful suicide of a member of President Clinton’s staff, or his spending countless hours blubbering from the pulpit against the lives of people who happen to be gay.

He once alerted the nation to dangerous hidden tendencies he discovered in a British television show for children, a harmless piece of fluff called Teletubbies. Falwell gravely warned America that one of the tubbies was promoting homosexuality.

Being a hate-entrepreneur or appealing to the worst instincts of nitwits is not an unusual occupation in America. There are many people who make handsome livings much the way Falwell does, and they are not isolated in the dark corners of American society. Some of them have considerable influence. Success in accumulating money and making a name for yourself, however achieved, counts far more than decency or intelligence in America. Just ask the man who now occupies the White House.

Falwell’s second-favorite occupation is making idiotic statements blaming others for disasters. In this he displays a common American trait, blaming others for what goes wrong. But Falwell takes the practice to a lunatic level, the best example being his statement, just days after 9/11, that America’s liberal and gay citizens were responsible for God’s allowing such destruction.

His third occupation is apologizing. Going way back to 1985, Falwell apologized to Jewish Americans for regularly using the expression “Christian America.” He said he wouldn’t use it in future, but nasty old habits are tough to break, and, in fact, he did use it again.

In 1999, he again apologized to Jews for what probably qualifies as his most bizarre and inexplicable utterance, “Antichrist was probably alive and that he was in the form of a male Jew.” His apology expressed regret for having said these disturbing words but did not disavow belief in them.

Odd that on a recent tour in the United States, Mr. Netanyahu - Israel’s answer to Richard Nixon with a generous dash of John Gotti tossed in - was photographed consulting with Mr. Falwell. There appears to be no shame to the alliances of intolerant politicos. But, as I said, money and celebrity count for immense influence in America, and it doesn’t much matter what you did to get them.

About a week after 9/11, Falwell apologized for his having said, days before, that the nation’s liberal and gay citizens were somehow responsible for very angry men from the other side of the planet high-jacking airliners and blowing up buildings in America. He made his original claim on the television program of another fundamentalist know-nothing, Pat Robertson, who readily responded with “I totally concur.” Perhaps Robertson used “concur” rather than “agree” to emphasize the high tone of this scholarly exchange.

Now, Falwell has apologized for remarks on still another television show. Perhaps anxious to demonstrate his leadership capacity for making tasteless, ignorant statements at a time of international crisis, Falwell originally said he had read enough to believe that the prophet Muhammad was “a terrorist,” “a violent man,” and “a man of war.”

One just has to wonder what it is that Falwell read. Perhaps it was one of the “comic strips” put out by some of his fellow American fundamentalists portraying Muslims as dark, evil characters opposing the nation’s Christian values and Manifest Destiny. Precisely such material does circulate today in America. It is difficult to imagine Falwell ever having read a serious book, or at least having done so with any reasonable understanding. After all, this is a man on guard against Tinky Winky the teletubby.

I don’t know whether anyone else has noticed recently, but Falwell is looking more and more like Jabba the Hutt, that gross outlaw slug from the Star Wars movies, although his voice and manner remind one rather of the late, professional cowboy-hick, Pat Butrum.

The growing resemblance strikes me as somehow oddly fitting, a kind of In the Heat of the Night-version of the Picture of Dorian Gray. Only here, the nasty figure himself grows more repulsive and bloated every week. But I feel sure that when the smarmy Falwell looks in a mirror, he knows just who to blame

John Chuckman lives in Canada and is former chief economist for a large Canadian oil company. Copyright © 2007 by John Chuckman. 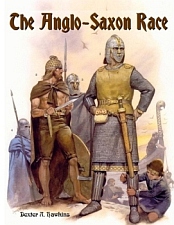