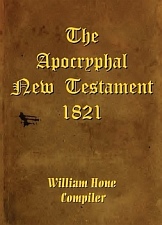 The death of a public figure — especially one as controversial as the Rev. Jerry Falwell — is guaranteed to unleash a maelstrom of commentary. In the hours since his death, a number of Falwell’s supporters have unstintingly praised him as a seminal and courageous figure of the New Religious Right.

This evening, at the Republican Party’s second presidential debate in South Carolina, Falwell will undoubtedly be remembered fondly. Sen. John McCain, who in 2000 called Falwell and the Rev. Pat Robertson “agents of intolerance” but had recently sought his support, issued a statement praising Falwell for his contributions.

Tonight, CNN’s Larry King will be devoting his program — on which Falwell was a frequent guest — to remembering him, with Ralph Reed, the former executive director of Pat Robertson’s Christian Coalition and now most often associated with the imprisoned GOP uber-lobbyist Jack Abramoff, and Franklin Graham, the son of the Rev. Billy Graham and the head of Samaritan’s Purse, among the scheduled guests.

While Falwell helped place conservative evangelicals at the forefront of the political landscape, he was also in part responsible for coarsening the political dialogue in this country. In a career that was marked by a continuous stream of controversial — and sometimes wacky (Tinky Winky) — statements, perhaps none was as mean-spirited as his reaction to 9/11.

Surely, no one who heard or read about Falwell’s remarks, broadcast by Pat Robertson on his Christian Broadcasting Network’s “700 Club,” will.

The ACLU’s got to take a lot of blame for this…throwing God out successfully with the help of the federal court system, throwing God out of the public square, out of the schools. The abortionists have got to bear some burden for this because God will not be mocked. And when we destroy 40 million little innocent babies, we make God mad. I really believe that the pagans and the abortionists and the feminists and the gays and the lesbians who are actively trying to make that an alternative lifestyle…all of them who have tried to secularize America. I point the finger in their face and say, ‘You helped this happen.

Falwell added: “God continues to lift the curtain and allow the enemies of America to give us probably what we deserve.” According to Friday’s Washington Post, Robertson agreed with Falwell’s remarks saying “Jerry, that’s my feeling.” Robertson added: “I think we’ve just seen the antechamber to terror. We haven’t even begun to see what they can do to the major population.”

During the past few days we have been concerned, and with just cause, that some in America would begin leveling blame for Tuesday’s horrific terrorist attacks against all Arab-Americans. Unfortunately, as I write this, incidents of anti-Arab violence are mounting.

This morning, William Rivers Pitt pointed out in a BuzzFlash.com commentary that the late Senator Robert Kennedy, commenting on extremism said, “What is objectionable, what is dangerous, about extremists is not that they are extreme, but that they are intolerant. The evil is not what they say about their cause, but what they say about their opponents.”

And now, along comes the Rev. Falwell adding to the finger pointing, blame-making and scapegoating. His remarks are clearly in line with his extremist political and social agenda. The Rev. Falwell, a minister of the cloth, the founder of the now-defunct Moral Majority and a regular guest on a host of television talk shows, is no stranger to hyperbole. In fact, one could argue that his fiery rhetoric has been one of the cornerstones of his financial and ministerial empire.

Over the past two-dozen years, Jerry Falwell has become as American as fast food outlets and heartburn. When people think of major conservative Christian political figures, he, along with Robertson, are more often than not the first names to come to mind. He has been an unremitting and strident voice of homegrown American extremism. And unfortunately, when Jerry Falwell speaks, many Americans listen; when Falwell sends out his e-mail newsletter, people read it. And, as sure as I am at my keyboard this morning writing this story there will be people out there who will see in Falwell’s remarks, a license to hate. And, that is truly the danger.

Yesterday we reported that several militant anti-abortion organizations are using the terrorist attacks to promote their own fevered and far-out religious and political beliefs. I reported that some of the more high-profile leaders were “more circumspect” in their reactions. Last night, my partner read the story and she wondered if anyone cares what the folks on the Religious Right were saying. I think that it’s more than what one or two highly-marginalized groups of fundamentalist Christians are saying about these events; it is about the influence they might wield over their small band of extremist followers.

The National Gay and Lesbian Task Force’s executive director Lorri L. Jean issued a statement that read, in part, “The terrible tragedy that has befallen our nation, and indeed the entire global community, is the sad byproduct of fanaticism. It has its roots in the same fanaticism that enables people like Jerry Falwell to preach hate against those who do not think, live, or love in the exact same way he does. The tragedies that have occurred this week did not occur because someone made God mad, as Mr. Falwell asserts. They occurred because of hate. It is time to move beyond a place of hate and to a place of healing. We hope that Mr. Falwell will apologize to the U.S. and world communities. Our hearts go out to the victims of this week’s tragedies and their friends and family members.”

People for the American Way denounced Falwell’s comments as running directly counter to President Bush’s call for national unity. Ralph G. Neas, the group’s president, called the remarks “absolutely inappropriate and irresponsible.” And, according to the Washington Post, “a White House official called the remarks ‘inappropriate’ and added, ‘The president does not share those views.’”

William Rivers Pitt characterized Falwell’s remarks as a “vein of hatred and evil that is beyond description.” Given a chance to rethink his statements, Falwell instead told the Post that he was “making a theological statement, not a legal statement.”

It is past time for Americans to unite. By this I mean uniting against the religious fanaticism, intolerance and hatred personified by the Rev. Falwell. His ultra-extremist comments singling out gays, lesbians, liberals, feminists, supporters of reproductive rights and the ACLU for special opprobrium can only be viewed as an act of cowardice.

Bill Berkowitz is a longtime observer of the conservative movement. His WorkingForChange.com column Conservative Watch documents the strategies, players, institutions, victories and defeats of the American Right 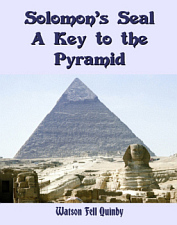