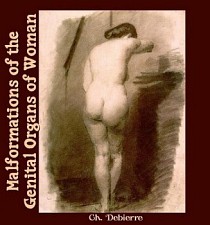 The various and sundry Republican presidential contenders will be stumbling over one another tonight–as they debate in South Carolina–and in the days ahead to curry favor with the religious right by expressing their sorrow at the passing of the Rev. Jerry Falwell.


It’s not that most of the Republican candidates really cared much for Falwell. Aside from Kansas Senator Sam Brownback &#9788;, the most seriously evangelical of the bunch, none of the GOP runners really qualifies as a Falwell follower in the classic sense.

But the Republicans who would be President care for those whom Falwell claimed to speak for, the millions of fire-and-brimstone Christians in states such as Iowa and South Carolina who are expected to participate in next year’s caucuses and primaries. It may be true that Falwell had ceased to be a definitional figure on the Republican right some years ago–perhaps even before he blamed the 9/11 attacks on pagans and feminists.

But few of the Republican candidates will chance it when it comes to praising the preacher.

So get ready for the “Old Time Hypocrisy Hour.”

Arizona Senator John McCain &#9788; got things rolling with a statement released just minutes after the announcement that the man who for many years was the face of evangelical politics in America had died from an apparent heart attack at age 73.

“I join the students, faculty, and staff of Liberty University and Americans of all faiths in mourning the loss of Reverend Jerry Falwell,” said McCain. “Dr. Falwell was a man of distinguished accomplishment who devoted his life to serving his faith and country.”

Distinguished accomplishment? Would that be when Falwell regularly featured segregationists Lester Maddox and George Wallace on his Old Time Gospel Hour television program in the 1960s? When he condemned the Rev. Martin Luther King Jr. and referred to the civil rights movement as “the civil wrongs movement”? When he opposed sanctions against South Africa’s apartheid regime in the 1980s? When he produced an infomercial in the 1990s accusing President Clinton of orchestrating murders of journalists and political critics, even though he would eventually admit that “I do not know the accuracy of the claims”? When he attacked Teletubbies character Tinky Winky as a gay recruitment tool? When he asserted that the Antichrist “must be, of necessity, a Jewish male”?

Falwell is a fascinating and significant figure in American political life, a man worthy of study and serious consideration. But McCain did not always see the preacher as a servant of his country.

Indeed, McCain’s praise of the preacher today is a far cry from what the Senator said in 2000, when, in a much-heralded speech in Virginia, he described the fiery Falwell as “an agent of intolerance.”

“Neither party should be defined by pandering to the outer reaches of American politics and the agents of intolerance, whether they be Louis Farrakhan or Al Sharpton on the left, or Pat Robertson or Jerry Falwell on the right,” McCain declared, as he accused Falwell and others like him of narrow-minded ideologues who would “padlock the Republican Party and surrender the future of our nation.”

As he was battling George Bush for the Republican presidential nomination that year, McCain told Tim Russert on MSNBC’s Meet the Press that “Governor Bush swung far to the right and sought out the base support of Pat Robertson and Jerry Falwell. Those aren’t the ideas that I think are good for the Republican Party.”

McCain has gone through some changes since the days when he was preaching “big-tent” Republicanism. He learned an ugly lesson in 2000, and he’s playing hard to the right this time around. As such, he has made his peace with Falwell.

Last year, the Arizona Senator made his way to Lynchburg, Virginia, to deliver the commencement address at Falwell’s Liberty University. Was it a pander to the people by way of the man he once referred to as an “agent of intolerance”? And he got called on it. “Are you freaking out on us?” Daily Show host Jon Stewart, once a McCain fan, asked the Senator. “Are you going into the crazy-base world?”

The short answer is “yes.” And McCain will have plenty of company in the rush to the crazy-base world.

While there are serious debates opening up about just how strong a force the religious right remains within a Republican Party that is struggling to position itself for the post-Bush era–after all, prochoice gay-rights supporter Rudy Giuliani is the GOP poll leader of the moment–there is no question that McCain and most of the other contenders fear the wrath of the evangelicals Falwell did so much to lead into the Republican fold more than a quarter-century ago.

That fear is uglier than anything Falwell ever did or said.

It is possible to treat Falwell with respect in death, to recognize that he apologized for some of his more divisive and destructive statements and that he grew beyond his segregationist stances and some of his other intolerances. It is certainly possible to regard him as a political figure of consequence and deeply held views.

But for McCain to heap praise on Falwell at this politically convenient moment is an embarrassing example of how the maverick of the 2000 race has become the predictable politician of the 2008 contest.

John Nichols’ new book is THE GENIUS OF IMPEACHMENT: The Founders’ Cure for Royalism. Rolling Stone’s Tim Dickinson hails it as a “nervy, acerbic, passionately argued history-cum-polemic [that] combines a rich examination of the parliamentary roots and past use of the ‘heroic medicine’ that is impeachment with a call for Democratic leaders to ‘reclaim and reuse the most vital tool handed to us by the founders for the defense of our most basic liberties.’”