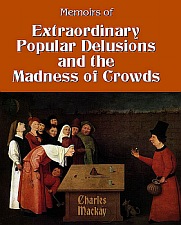 On a Learjet to hell

As Jerry Falwell heads down to meet his boss, don’t forget that he is largely responsible for much of the mess in the Middle East caused by the Zionist infiltration of American politics

“Begin developed a close relationship with leading fundamentalists, such as Falwell, who later received a Learjet fr0m the Israeli government for his personal travel and in 1981 was honored with the Jabotinsky Award in an elaborate ceremony in New York. When Israel bombed Iraq’s Osirak nuclear reactor in 1981, Begin made his first telephone call to Falwell, asking him to ‘explain to the Christian public the reasons for the bombing.’ Only later did he call Reagan. Falwell also converted former Senator Jesse Helms fr0m a critic of Israel into one of its staunchest allies in the US Senate, where he chaired the influential Foreign Relations Committee.”

“fr0m the moment that the Likud party government took power in Israel in 1977, a top priority of the Jabotinskyites was the forging of a long-term strategic partnership with leading Christian fundamentalists in America, who were profiled as susceptible to a rabidly pro-Israel theology. In 1978, the Israeli Ministry of Religious Affairs sponsored the publication of a book, American Fundamentalism and Israel: The Relation of Fundamentalist Churches to Zionism and the State of Israel, by Yona Malachy. The book was an in-depth profile of four major Christian fundamentalist denominations in America – the Seventh Day Adventists, the Jehovah's Witnesses, the Pentecostalists, and the Premillennial Dispensationalists (the Darbyites).

It is unclear whether Malachy, who is since deceased, was aware that he was producing the profile study that would help launch a nearly 25-year alliance between the most fanatical of the right-wing Greater Israel proponents – the followers of Vladimir Jabotinsky, whom Israel's founding Prime Minister David Ben-Gurion denounced as ‘Vladimir Hitler’ – and a collection of American fundamentalist Christians, whose own theology promoted the extermination of the Jews. Malachy clearly documented the ideology of the Darbyites, quoting fr0m John Walvoord, who founded their Dallas Theological Seminary in 1924, and, in 1962, wrote in his book, Israel in Prophecy, that ‘it seems that Israel is to be the special object of Satanic hatred.’ After ‘Jacob's Troubles’ (i.e., Armageddon, or, in Darbyite lingo, the war of Gog and Magog), ‘only 144,000 Jews will survive.... Heart-rending as it may be to contemplate, the people of Israel who are returning to their ancient land, are placing themselves within the vortex of this future whirlwind which will destroy the majority of those living in the land of Palestine.’

The Malachy project had the backing of the newly installed Likud government of Prime Minister Menachem Begin, which, soon after the book's publication, invited Rev. Jerry Falwell to Israel, for the first of many visits. Some leading figures in the Zionist wing of the American establishment helped underwrite the Malachy effort. Funding for the study came fr0m the Jacob Blaustein Fund for American Studies, one of the 50 largest tax-exempt foundations in the U.S.A. The Jacob and Hilda Blaustein Foundation is a major funder of the Tannenbaum Center for Interreligious Understanding, which lists, among its corporate sponsors: Joseph E. Seagram & Sons, the liquor business founded and owned by the organized crime-rooted Bronfman family; and Soros Fund Management of mega-speculator George Soros.

After a series of visits to Israel in 1979 and 1980, Jerry Falwell became a leading proponent of the political alliance between the Israeli radical right and the American Christian fundies. In gratitude for his pledge to work for permanent Israeli annexation of ‘Judea, Samaria, and Galilee’ (i.e., the West Bank) and the rebuilding of the Third Temple of Solomon on Jerusalem's Temple Mount – where two of the holiest sites in Islam now stand – Falwell received a ‘gift’ of a Lear jet fr0m the Begin government. Harry Zvi Hurwitz, who today heads the Begin Center in Jerusalem, defended the early Begin-Falwell love affair, on the grounds that Begin had told him back in 1981, that Israel ‘did not have too many friends.’”

Falwell was the pioneer in tying American Christian Evangelism to the extreme Israeli right. The seed money of the Learjet has paid off in spades, as it allowed Falwell to turbocharge the fundraising for his ‘Moral Majority’, leading eventually to the ability of the Christian Right to both influence American politics in an ultra-Zionist direction and provide (illegal) funds to help the extreme right be elected in Israel. The most unlikely match in the world is largely the fault of Falwell, and is doing massive harm to the world.