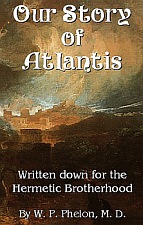 Religious Right Wants to Coverup and Hide Their Crimes

A political row has erupted in Italy over whether state television should air a BBC documentary about the sexual abuse of children by Roman Catholic priests.


The dispute broke out after a conservative politician said RAI should block the documentary because it was part of what he called "a media execution squad ready to open fire on the Church and the Pope".

Michele Santoro, a progressive and left-leaning journalist, wants to air it as the centrepiece of his talk show "Year Zero". The row comes at a time of heated debate over whether the Church has too much influence over Italy's political life.

The documentary was aired on the BBC in October but never in Italy, although bloggers have translated it and it now ranks as Google Video Italia's (www.video.google.it) most popular item.

"Neither the oversight committee or individual politicians have the right to ask for a preventive censorship of any journalists or topic," said Giuseppe Giulietti, a parliamentarian who was once a journalists' union leader at RAI.

Italy's powerful Roman Catholic Church has already condemned the documentary. At the weekend, Avvenire, the newspaper of the Italian Bishops Conference, accused bloggers who put the documentary on the web of spreading "infamous slander".

Two leftists lawmakers, Giovanni Russo Spena and Gennaro Migliore, said in a joint statement that the documentary should be aired because "paedophilia in the Catholic Church is well known, there is no mystery about it".

Surprisingly, right-wing parliamentarian Alessandra Mussolini, granddaughter of Italy's wartime dictator, said it should be shown if it is not used to attack the Church. But she said she did not trust Santoro, the RAI journalist.

Centrist politician Antonio Satta said the documentary was "trash journalism" which he said "starts with a premise and does everything to prove it despite the way things really were".

The BBC documentary examined what it described as secret Vatican documents setting out procedures to deal with general abuse of confessional secrets by a priest to silence his victim.

The original document, written in 1962, was updated in 2001 to deal more specifically with paedophilia as the Church around the world became embroiled in a string of sexual abuse scandals.

British bishops last year criticised the BBC, saying it should be "ashamed of the standard of the journalism used to create this unwarranted attack on Pope Benedict".

Before his election as Pope in 2005, then-Cardinal Joseph Ratzinger headed the Congregation for the Doctrine of the Faith, the Vatican department that enforces doctrine.

Leftist parliamentarian Giuseppe Caldarola said it was "unacceptable" that the Italian public could be denied something made available to the British.

"The Vatican should realise that preventive censorship is a sign of weakness," Caldarola said. 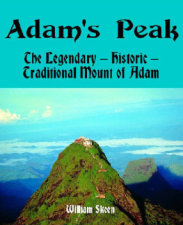