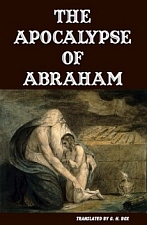 Poor Monica Goodling. Poor, poor Monica. Oh, the indignity of it all --- having to testify before the House Judiciary Committee and all. With Immunity.


She may have violated laws but she didn't mean to. I guess it's all better now. And clearly Committee members agreed --- practically falling all over her with apologies for having been brought forth to testify. Goodling, the former Department of Justice's liaison to the White House and senior counselor to Attorney General Alberto Gonzales, was granted immunity from prosecution during testimony regarding the White House's role in the firing of eight U.S. attorneys. And while she was the liaison to the White House, Goodling asserted that she did not "hold the keys to the kingdom" as some have suggested.

The first three hours of testimony shed little light on the plan to remove the USA's. Although Goodling did say she believed Deputy Chief of Staff Kyle Sampson and Deputy Attorney General Paul McNulty had delivered inaccurate testimony before Congress. In particular, Goodling said, McNulty had not been forthcoming about newly appointed Arkansas US Attorney Tim Griffin's use of vote caging lists.

Goodling recounted a November 27, 2006 meeting she attended concerning the firing of Nevada US Attorney Daniel Bogden. She said the general consensus was that the Justice Department could do better than Bogden, noting, "good people needed to be put in those spots." Goodling said Gonzales agreed to use a provision within the Patriot Act to axe Bogden. Funny, Gonzales has sworn up and down he doesn't even remember attending the meeting. Regardless, Bogden, an Independent, was not the man for the job, despite the fact that he served the Department for more than sixteen years.

The Nevada US Attorney, testifying before a House Judiciary Subcommittee on March 6, 2007, recounted what Associate Deputy Attorney General William Mercer had told him the reason for his dismissal, was so that the United States Department of Justice could do it's job for the American people...by helping to build the resume of all of their close friends...


He said that the administration has a very short two-year window of opportunity, concerning the United States attorneys positions, and that this would be an opportunity to put others into those positions so they could build their resumes, get an experience as a United States attorney, so that, for future possibilities of being federal judges or other political-type positions, they would be better enhanced to do so.
But according to Gonzales' testimony on April 19th, 2007 before the Senate Judiciary Committee, the attorneys were not dismissed for any "improper reason" or for "partisan political gain."

Now back to Monica.

The House Judiciary Committee's ranking minority member, Lamar Smith (R-TX), pleased with Goodling's testimony, accused Democrats of trying to "graft new legs" on a story that clearly had none. Rep. James Sensenbrenner (R-WI) called it a fishing expedition, saying "there ain't no fish in the water."

Goodling admits to "crossing the line" and going too far "by asking political questions" during interviews with potential career attorneys. In fact she says she did block or delay appointments of liberal Democrats from employment, noting on one occasion, "When I looked at that resume I made a snap judgment and I regret it."

But Goodling says she did not have prior knowledge of any plans to fire US Attorneys.

Rep. Dan Lundgren (R-CA) commended Goodling on her "strong testimony", adding she had clearly acquitted herself because there were no "gotcha moments" during her testimony.

I didn't know there was so much love on Capitol Hill. I swear to lie, perjure, coverup, and keep Rove and Bush out of the testimony, so help me GOD? 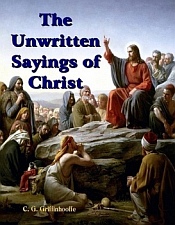