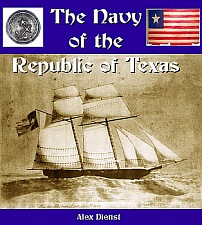 Excuse me, aren’t you all just hired killers? …

Go wait in that foxhole.

We’ll tell you when we need you to kill somebody.”

This column is being brought to you today by Left Behind adult diapers.

Are you a questionable conservative Christian? Is there a chance the Rapture might not include you after all? Has your hand been where it should not have been? Then maybe you had better get yourself a twenty-four pack of Left Behind, available in red, white and blue, in all sizes.

Left Behind … cuz you’re not really sure, are you?

Well, you might have heard that my recent American Dream Book Tour Across The USA only made it as far as Boston.

Or, more likely, you have no idea who the fuck I am.

Well, see, I was on this book tour … and I wrote a column along the way … and someone asked if I would continue the column.

If you go to my website you can find some links that will explain how I could not get into Canada and am trapped in this hell hole called America until I can find a retired Episcopal priest to smuggle me into Winnipeg in a gym bag; and you can see how I did not make it to my “event” in Providence because I was too busy puking Coors onto the front lawn of the First Congregational Church in Madison, Connecticut; and how in my big debut in New York City — nunca, nuncio, nuance, nuns, nadir, Nader, no one, nonce, nix, nadia, no-effing-body came to my reading.

And so instead of shunning the John Denver songs on my iPod because they made me homesick, I cranked “Christmas For Cowboys,” did a U-Turn in the Crowded Fucking Food Store parking lot in Brockton, Massachusetts, and headed the Honda for home, hugs and handshakes.

Think we have enough. One is too many. The military sucks. It takes money from the poor, from people who should get it, and goes to people who are slaughtering in the name of American business.

I can see some people joining the military, thinking they are helping people, helping save the world. That’s because they are stupid. They are not stupid on purpose, but because others have made them that way on purpose. The stupid ones have believed the lies of others. I was once the poster boy for stupid. I would have gone to Vietnam, for sure, if someone had told me to. I would have done anything to make people like me, run wind sprints at six in the morning, mow the lawn at midnight, barbecue old women and babies.

I wouldn’t go now, if I had to. I’m not that much smarter now, but a little. It doesn’t take much to get from where I was to where I am now, or to get smart enough to say no to the United States of America.

In this column I’m going to include a piece from my books.

And then people will go to my website and buy my books and there will be people at my “events” on my Spring ‘08 Tour, and then I will be popular enough not to have to write a column.

I will be able to sit in my living room, on my sofa, with a yellow and red afghan pulled over my head, a famous author.

That is true. That is the plan.

This is from Looking For Bigfoot. LFB is published by Howling Dog Press of Berthoud, Colorado. The publisher is Michael Annis. I have exchanged hundreds of emails with Michael over the past few years. I have never talked to him on the phone, or in person.

Bigfoot is the story of Jack Robert King, an Internet radio host who broadcasts from the farm house on The Field of Dreams movie site in eastern Iowa. Jack wants to know the truth about America. He’s tired of Frosted Flakes and he’s tired of lies.

This is Jack, talking from the microphone in front of his computer, looking out at a corn field through the window in his junky broadcast room or studio. I hate the word study, but maybe that’s what it is.

It’s Iowa, where everything good is bad.

All the good stuff about this state is sour, bitter, spoiled.

Because this state is for the war. They support the troops, the war.

They kill children and anyone else who gets in their way as they drive to Hy-Vee for the special on iceberg lettuce.

And so all the ice cream and lollipops and hayrack rides and painted ponies are for shit.

Somebody needs to bomb Iowa.

Somebody needs to send fighter planes and cruise missiles down main street — put giant craters in the outfield grass — down the perfect streets and avenues where all is faux sweetness and light. Children bouncing to and fro.

While on the other side of the world the streets are ripped apart, as well as the children and the dogs.

We think those ripped apart children are fine.

We think we have torn the hearts and stomachs from those children for their own good.

The electronic time and temperature sign at the Iowa State Bank says ‘We Support Our Troops.”

Every other car has a yellow sticker on the back that says we support those darn troops fighting over there for our daggone freedom.

Don’t you hate those message signs in front of Iowa churches?

So trite, so patriotic.

These people are not Christians.

They have about as much awareness of who they are or where they are going as ants to a picnic.

They march to church each Sunday thinking the feast is meant for them, when they are merely pests.

Folks in Iowa will grumble all day long about a two-penny hike in the price of gas, but a $40 billion bill for wars in Afghanistan and Iraq don’t even get a mention at coffee.

The stupidity of Iowans cannot be accurately measured with today’s technology.

If we did not use that $40 billion to kill children in Iraq and Afghanistan we could have great schools, hospitals, railroads, health insurance, candy for supper — whatever we want.

But instead we bomb kids.

Where our only complaint is that at the end of the day our mouths hurt from smiling.

And … where all the lawns are mowed, the bank accounts are balanced, and the cars are shining brightly. 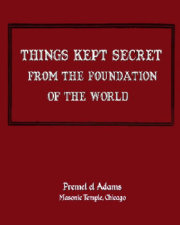