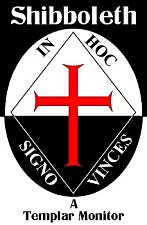 Priest who molested boys will stand trial on assault charge

James Hanley, a former Catholic priest who admitted molesting about a dozen boys over several decades, lost his appeal yesterday to enter a pretrial intervention program in an unrelated assault case.

He then rejected a Hudson County assistant prosecutor's offer to let him plead guilty to reduced charges in the assault case, which prosecutors say involves an incident with a softball bat 15 months ago at the Extended Stay Hotel in Secaucus.

He is now expected to go on trial in September or October on counts of unlawful weapons possession and making terrorist threats.

Authorities say that, on March 10, 2006, Hanley swung a bat he had been using as a cane at three employees of the hotel after a dispute over payment for a room. The employees called police.

Hanley, 70, has been in jail since missing a court date last fall, unable to meet bail that has been reduced to $20,000. The maximum sentence he faces at trial is five years. Pleading guilty would have meant a year in jail, and he would have received credit for time already served.

Hanley, a former Catholic priest, has admitted to the sex abuse of minors. In 2004, the Roman Catholic Diocese of Paterson agreed to pay a $5 million settlement to 21 men who said he molested them as boys. Most of the alleged abuse was said to have occurred from 1968 to 1982 at St. Joseph's in Mendham and Our Lady of Good Counsel in Pompton Plains.

He was not prosecuted for sex abuse because the statute of limitations had expired. He is therefore eligible to apply for pretrial intervention for first-time offenders in the assault case.

But prosecutors have discretion in deciding which defendants can be in the pretrial intervention program. Hudson County Judge Sheila Venable said yesterday she decided the alleged violent nature of the hotel incident gave prosecutors legitimate reason to keep Hanley out of the program.

"It's obvious that the court took into consideration (issues) that are extraneous," Convery said, with Hanley at his side.

Hanley wore a green jail jump suit, walked with a cane to and from the courtroom, and was handcuffed and chained around the waist. He spoke very little, saying just "yes" to the judge when she asked him if he was rejecting the prosecutor's plea offer and wanted to go to trial.

The trial date is expected to be set on June 21. 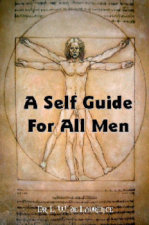