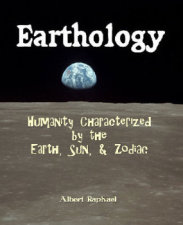 GOP Khristian Mafia : Party of Liars and HYPOCRITES and Huckabillies

But he claims family values, and supports Mike Huckabee, so he can't be all bad, right?

Yet another Republican hypocrite in the radical Christian right wing of that party. This one skipped out on well over ten years of child support. But he claims family values, and supports Mike Huckabee, so he can't be all bad, right?

Gee, this isn't a surprise. From FoxNews Chicago:


Marie Karlin said she has been trying to locate her ex-husband, Gary Karlin, after he disappeared 14 years ago. He paid her child support for a few months, but after he took off, Marie's parents had to help support her and her now 16-year-old daughter.


Every few months, she would Google Gary's name to see if she could find him, and, last month, she was stunned to discover he was running for office under "conservative" values.


"I was in shock," Marie told MyFOXChicago.


If there's one vote Gary can't count on, it's one from his ex-wife.


"I don't trust him as far as I can throw him," Marie told MyFOXChicago.

Karlin is running for the 47th Ward as a Republican Committeeman, not such a big office, after all. It seems that they're working fast to cover this one up, though. Except for this cached mention
http://72.14.253.104/search?q=cache:myBxbAijgh4J:republican47.blogspot.com/2007/12/gary-karlin-honored-by-black-republican.html+gary+karlin+47th+ward&hl=en&ct=clnk&cd=2&gl=us";
and this one in the google cache
http://72.14.253.104/search?q=cache:HwhqNb8-Fh0J:republican.meetup.com/547/members/3869253/+gary+karlin+47th+ward&hl=en&ct=clnk&cd=3&gl=us
the Republican 47th Ward web site has scrubbed itself. Seems the Republican Party in Illinois isn't so proud of Mr. Karlin. Hey, and this cached page
http://72.14.253.104/search?q=cache:HwhqNb8-Fh0J:republican.meetup.com/547/members/3869253/+gary+karlin+47th+ward&hl=en&ct=clnk&cd=3&gl=us
shows that Karlin, pictured over there on the right, set up 9 Meetups in support of the candidacy of Mike Huckabee.

Mike Huckabee is in need of not only monetary help, but needs the working people of America to finally step up and prepare to take back what the career politicians in Washington have stolen from us. The oppurtunity to make a difference in our childrens lives through an educational system that isn't being corrupted by the hypocracy of the democratically backed teachers unions. Help him help us rid this wonderful country of the plague of illegal immigration that we as americans are forced to fund, while taking a back seat to individuals whom take what we offer out of the kindness of our hearts for granted. Its time to give America back to the people that carry the load on a daily basis, the American people. We as Americans should not only expect our representatives
to uphold the values that this country were founded upon, but demand it! There is finally a great man whom is willing to stand up for us, the American people, and fight for the rights that we as citizens of this great country are entitled to. This is Mike Huckabee. I thank him from the bottom of my heart for this oppurtunity, and look forward to putting a man of Honor and Integrity back in the White House in 2008.

{From the same ignorant jackasses that want creation shit taught as science, the paragraph above shows they want creation English and creation grammar too!}

{The author's Khristian Creation Grammar only PROVES how badly the US educational system needs liberal (i.e. educated) teachers and even stronger teacher's unions!}

{God PLEASE save the USA from YOUR DAMNABLE HYPOCRITE FOLLOWERS!}

(One election does it all for the GOP, huh? I guess Diebold really has the GOP Fix in for 2008!)

To organize the diverse Hispanic communities within the Republican Party.

{One or two in each state?}

To promote the recruitment of Hispanic candidates and assist them with raising grassroots support.

{Kinda like DUH dem Mexican ones gotta have us White Boy's help!}

To promote the appointments of Hispanic leaders to political high-level positions in Republican Administration at the federal, state and local levels.

To assist Republican campaigns by providing support for its candidates in the Hispanic media.

{Like promotion of Conservative Racism and their English Only platform?}

Basically to do whatever it takes to help the GRAND OLD PARTY WIN.

{Yep! Like election fraud, vote/ballot rigging, voter intimidation against HISPANICS and them other Dark Peoples, bribing judges, praying to Jeezus on the public town square as do all Phariseez, lie, lie, and lie!}

Of course, the RNHA is open to ALL Republicans

{Sort of like Bush has opened up the US Treasury to ALL Republicans?}

{I had to think about this one? What self respecting Hispanic with any dignity would show up for this nonsense? They would probably be thrown in jail or deported by the GOP to begin with! Is this a group of ONE? the Token Mexican Alberto Tortureus Gonzales? } 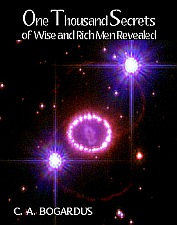