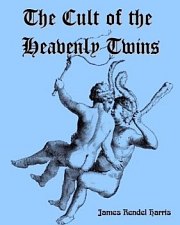 Christianity Today: Add Conspiracy to their Lists of Crimes

How bishops formed strategy to fight claims of child abuse

Legal advice obtained by the Archdiocese of Dublin was circulated to every bishop in Ireland to help dioceses negotiate insurance policies to protect them from child sex abuse claims.

Access to "privileged" documents, including those relating to insurance matters, has formed the central plank in Cardinal Desmond Connell's unprecedented legal row with a state inquiry investigating the handling of complaints in the diocese of Dublin.

Cardinal Connell has recently claimed that certain documents are confidential and subject to solicitor-client privilege that can only be waived by him.

But the Irish Independent has learned that during 1988, the year Cardinal Connell was appointed as Archbishop of Dublin, diocesan insurer's Church & General sought and obtained permission from the the Dublin diocese to circulate the opinion of its lawyers among the country's bishops.

The legal advice, obtained on behalf of Cardinal Connell's predecessor Archbishop Kevin McNamara, formed the basis for a dedicated clerical sex abuse insurance policy. Within two years, all dioceses in Ireland had insured themselves against abuse claims, despite later Church claims that they had no knowledge of the fact of, or extent of, errant priests.

The abuse policies later collapsed in 1995, after "serious legal issues" -- widely believed to be related to non-disclosure of the full extent and knowledge of clerical sex abuse -- arose between the bishops and Church & General regarding the entitlement of dioceses to indemnity.

The diocesan policies, which were subject to strict financial limits and policy conditions, imposed an obligation on bishops to immediately remove priests from their duties if there were substantial grounds for believing that a priest would give rise to a claim.

Where a bishop became aware that a priest was behaving in such a way as would be likely to give rise to a claim under the policy, he was obliged to arrange for a priest to receive suitable medical treatment and not permit him to resume duties without professional opinion that a resumption of priestly duties was appropriate.

The Archdiocese of Dublin was the first diocese in Ireland to insure itself against abuse claims, a move that was instigated by Archbishop McNamara in 1986.

Although legal advice was obtained by Dr McNamara as Archbishop of Dublin, it was subsequently circulated to all other bishops after the Dublin diocese consented to its distribution. The late archbishop's role, including his decision to insure the diocese without notifying gardai of the alleged extent of clerical sex abuse recorded in diocesan files, is currently being investigated by the Dublin Archdiocese Commission of Investigation.

Archbishop McNamara was advised that bishops would be exposed to liability for negligence in civil claims if they returned priests to ministry where they later re-offended.