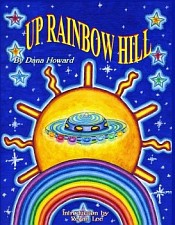 This is what Huckleberry, Robertson, Vitter, Romney, Hagee, Dobson, Bush want in the New Jesus USA

A young man, a student of journalism, is sentenced to death by an Islamic court for downloading a report from the internet. The sentence is then upheld by the country's rulers. This is Afghanistan – not in Taliban times but six years after "liberation" and under the democratic rule of the West's ally Hamid Karzai.

The fate of Sayed Pervez Kambaksh has led to domestic and international protests, and deepening concern about erosion of civil liberties in Afghanistan. He was accused of blasphemy after he downloaded a report from a Farsi website which stated that Muslim fundamentalists who claimed the Koran justified the oppression of women had misrepresented the views of the prophet Mohamed.

Mr Kambaksh, 23, distributed the tract to fellow students and teachers at Balkh University with the aim, he said, of provoking a debate on the matter. But a complaint was made against him and he was arrested, tried by religious judges without – say his friends and family – being allowed legal representation and sentenced to death.

The Independent is launching a campaign today to secure justice for Mr Kambaksh. The UN, human rights groups, journalists' organisations and Western diplomats have urged Mr Karzai's government to intervene and free him. But the Afghan Senate passed a motion yesterday confirming the death sentence.

The MP who proposed the ruling condemning Mr Kambaksh was Sibghatullah Mojaddedi, a key ally of Mr Karzai. The Senate also attacked the international community for putting pressure on the Afghan government and urged Mr Karzai not to be influenced by outside un-Islamic views.

The case of Mr Kambaksh, who also worked a s reporter for the Jahan-i-Naw (New World) newspaper, is seen in Afghanistan as yet another chapter in the escalation in the confrontation between Afghanistan and the West.

It comes in the wake of Mr Karzai accusing the British of actually worsening the situation in Helmand province by their actions and his subsequent blocking of the appointment of Lord Ashdown as the UN envoy and expelling a British and an Irish diplomat.

Demonstrations, organised by clerics, against the alleged foreign interference have been held in the northern city of Mazar-i-Sharif, where Mr Kambaksh was arrested. Aminuddin Muzafari, the first secretary of the houses of parliament, said: "People should realise that as we are representatives of an Islamic country therefore we can never tolerate insults to reverences of Islamic religion."

At a gathering in Takhar province, Maulavi Ghulam Rabbani Rahmani, the heads of the Ulema council, said: "We want the government and the courts to execute the court verdict on Kambaksh as soon as possible." In Parwan province, another senior cleric, Maulavi Muhammad Asif, said: "This decision is for disrespecting the holy Koran and the government should enforce the decision before it came under more pressure from foreigners."

UK officials say they are particularly concerned about such draconian action being taken against a journalist. The Foreign Office and Department for International Development has donated large sums to the training of media workers in the country. The Government funds the Institute for War and Peace Reporting (IWPR) in the Helmand capital, Lashkar Gar.

Mr Kambaksh's brother, Sayed Yaqub Ibrahimi, is also a journalist and has written articles for IWPR in which he accused senior public figures, including an MP, of atrocities, including murders. He said: "Of course we are all very worried about my brother. What has happened to him is very unjust. He has not committed blasphemy and he was not even allowed to have a legal defence. and what took place was a secret trial."

Qayoum Baabak, the editor of Jahan-i-Naw, said a senior prosecutor in Mazar-i-Sharif, Hafiz Khaliqyar, had warned journalists that they would be punished if they protested against the death sentence passed on Mr Kambaksh.

Jean MacKenzie, country director for IWPR, said: "We feel very strongly that this is designed to put pressure on Pervez's brother, Yaqub, who has done some of the hardest-hitting pieces outlining abuses by some very powerful commanders."

Rahimullah Samander, the president of the Afghan Independent Journalists' Association, said: "This is unfair, this is illegal. He just printed a copy of something and looked at it and read it. How can we believe in this 'democracy' if we can't even read, we can't even study? We are asking Mr Karzai to quash the death sentence before it is too late."

The circumstances surrounding the conviction of Mr Kambaksh are also being viewed as a further attempt to claw back the rights gained by women since the overthrow of the Taliban. The most prominent female MP, Malalai Joya, has been suspended after criticising her male colleagues.

Under the Afghan constitution, say legal experts, Mr Kambaksh has the right to appeal to the country's supreme court. Some senior clerics maintain, however, that since he has been convicted under religious laws, the supreme court should not bring secular interpretations to the case.

Mr Karzai has the right to intervene and pardon Mr Kambaksh. However, even if he is freed, it would be hard for the student to escape retribution in a country where fundamentalists and warlords are increasingly in the ascendancy.

How you can save Pervez

Sayed Pervez Kambaksh's imminent execution is an affront to civilised values. It is not, however, a foregone conclusion. If enough international pressure is brought to bear on President Karzai's government, his sentence may yet be overturned. Add your weight to the campaign by urging the Foreign Office to demand that his life be spared. Sign our e-petition at
www.independent.co.uk/petition