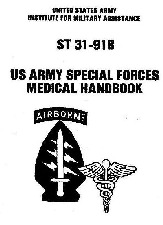 This weekend the news media has been filled with the reports coming out of Colorado Springs about the Grand PooPah of a 14,000 member (cult) church, all of whom have been duped. Revere-End Ted Haggard was outed as being gay by an admitted male prostitute.

Google listed over 2500 articles about this revelation as it unfolded over the weekend.

When first reported by the male prostitute the Grand PooPah of holier than thou rhetoric denied, lied, then denied and lied about the affair some more. He actually expected the world to believe that he purchased illegal drugs from the prostitute at $200.00 a month for 36 months, but he threw them away, and never consumed any. Only the 'believers' at the church 'believed' this crock of lies and bullshit.

Then the Pharisee of Evangelical Christians stated that he only got a massage from the prostitute, there was no sex…. 36 times! This brings back memories of other LIARS from the past. Like Swaggart only paying prostitutes to run around his limousine naked! Or the Jim Bakker lies about Jessica…. And Clinton's I didn't inhale. Or his it wasn't really sex.. I checked the Bible.

I suppose ole Teddy Boy Toy can say he only put it in his mouth… he didn't really suck.

The facts kept piling up and finally the Pharisee had to admit to his drug use and sex affair with another man. First he resigned from being President of the Grand Satanic Evangelical Organization. Then he was fired by the Duped Church Leaders.

The whited sepulcher Pharisee Teddy sent a letter asking for the people of the church to forgive him and to keep up the good fight for Jesus. The dupes fell all over themselves with tears and praise.

Who should be asked to forgive Pastor Teddy Boy? Don't need to ask me, I'll never forgive a hypocrite or lying sack of shit, such as poor, poor Pastor Teddy. Why should I? That's not required of me even by their defrocked bible stories. Why should I forgive someone that has purported to have authority from God to tell me how to live, when he doesn't live that life himself? He's a damnable hypocrite.

Why should the church people forgive him? They are the mind controlled sheeple, the flock under his authority. He was their shepherd… they paid him to dirty the waters before they came to drink. They owe him NO forgiveness - they owe him their disdain and disgust, not because he's gay, but because he's a liar and a hypocrite.

Sunday after Sunday, talk after talk, conference after conference, seminar after seminar, interview after interview, this Radical Right Religious Evangelical Tongue-Talking Hypocrite Republican preached against gays, against gay marriage, against anything at all being gay. He spewed all kinds of vile lies against people that had never wronged him or harmed him.

Pastor Teddy's appeals against the gay lifestyle was not only bigoted but was intended to inflame bigots to rise up against gays. His sermons attempted to deny innocent people of their right to pursuit of happiness. The laws and constitution are mute on the gender issue in marriage, but hypocrite gay boy Teddy wanted to tout his Khristianity, his holier than thou bullshit, to deny people equal rights under the law.

I could care less what type of sex that a person enjoys. That it is up to the individual and it is NO one else's business. But this preacher, with malice in his heart and forethought, intentionally defamed and demeaned a group of people that had never harmed him. He held them up to ridicule to incite discrimination against them.

These are the people he should be asking forgiveness from.. These are the ones he has harmed. Each and every member that ever put 2 mites in the offering plate are just as guilty as Pastor Teddy Boy Toy. For without them, he would not have had the bully pulpit to spew his vile from. All the Dobsons, the Robertsons, the Falwells, and this ilk are guilty of inciting discrimination too. The New Testament says all of these are guilty, for if they break the least of the commandments they are guilty of breaking them all.

There is NO authorization from the Bible or from God for the church to attempt to influence, control, and direct politics and law! This is not the Hebrew Theocracy that such things would have applied to. The preachers in America are LYING to us all, and unfortunately masses of mind controlled sheeple line up on Sundays to be duped and lied to.

Google was outed as a Republican supporter. They even showed their discriminatory asses this Sunday. I think for a good 20 hours they featured on their news page a NON news item about actor Neil Harris being gay. Whether the articles linked to were neutral, favorable, or derogatory makes no difference. It was discrimination against Harris and the gay communities, being held up to public scrutiny for no reason whatsoever. When was the last time that Google displayed an article for 20 hours where Alec Baldwin admitted he was heterosexual. It was a subtle plug for the stupid Republican hypocrites.

Posting a bit about Harris coming out on his own as news is one thing, but to hammer it home for 20 hours on one link page is racist, bigoted, and discriminatory. It gives every appearance of attempting to distract the public from the REAL news. That is NOT news. I side with people of any persuasion that when the question is asked, the answer is the same… "It's none of your fucking business!"

The real news is the dead children in Gaza, Iraq, Afghanistan, Sudan, etc. at the hands of Bush's Christian Crusaders or the apathy of hypocrite church people to do nothing about it. The real news was that ANOTHER, or more than one, Republicans have been caught in scandalous affairs and frauds.

Preachers that think they can stop homosexuality are utter fools. Those that think they can do it through politics are even bigger fools. That practice has been going on since before Adam and Eve. None of the religions of antiquity or of today will stop it. It's a fact of life. Medical science has proven that many men are born with that bent, and even many more have been bent, particularly women, that direction from the chemical additives in the modern foods we consume. Yet, I've not heard one of these LYING DOG preachers ever go after the corporations that have damaged brains and DNA with their chemicals to make people prefer the homosexual life style. This is the sign of ignorance mixed with hypocrisy.

So these Pharisees condemn the people that have no choice about being homosexual, but never utter a word against the corporations that caused it, or the Christian parents that served up the tainted damaging foods. Ye are whited sepulchers full of dead mens' bones.

So Pastor Teddy Boy, You owe an apology to the people you have harmed with your lies, hypocrisy, and vile sermons. You need their forgiveness.. not forgiveness from the people that enabled you to commit these crimes against humanity.

You are a liar and a hypocrite. Your poster boy image, your tears, your whining, means nothing to the majority of us. You damaged the gay community-- you have road blocked their pursuit of happiness. You have violated their rights. Jesus would tell you to pull the log out of your eye.

You are the microcosm of what the macrocosmic GOP has wrought on innocents around the world. You are a party to those crimes too. For you have 'broken the least of the commandments and are guilty of all."

It is my experience from watching all the hypocrites.. you will find money embezzled from that church.. for sin begats sin.. especially the sin of lying and hypocrisy.

I do not forgive you. I never will.