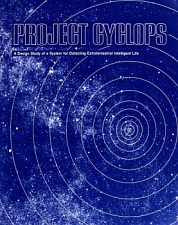 A youth minister who confessed to the unsolved 1994 killing of a convenience store clerk is being widely forgiven by worshippers at his former church who say they admire his courage to finally surrender to police.

Calvin Wayne Inman, 29, remains jailed without bond since being charged Wednesday with capital murder in the stabbing death of a clerk during an alleged plot to steal cash and cigarettes. He was 16 at the time.

In the first service Sunday at the 800-member Elim Church since Inman was arrested last week, congregants praised the recently ordained minister as a born-again role model taking responsibility for his sin.

"He's a hero, really," said Kelley Graham, 24. "I don't know how many people would do what he did. The Bible says you just need to confess to God. Calvin took an extra step."

Ordained as a minister in November, Inman's admission broke a cold case for police in suburban Pasadena. He went to authorities on Feb. 5, voluntarily giving a statement admitting that he stabbed Iqbal Ahmed, 64, nearly 14 years ago.

According to police, Inman said he and a 13-year-old friend planned to rob the convenience store when Ahmed asked to see identification before giving them tobacco. That's when Inman produced a large kitchen knife and stabbed Ahmed in the chest, police said.

Inman kept his alleged killing a secret before telling Ron Nissen, senior pastor of the Pentecostal church, several weeks ago. Nissen, who said Inman found his way to the church in 1999, encouraged his youth pastor to surrender.

Cries of "Amen" and vigorous applause filled Elim Church on Sunday as Nissen told worshippers that Inman is still beloved by congregants.

Robin Thac's 17-year-old son was active in the youth group that Inman led.

Inman resigned from the youth job in December. Most congregants said they knew he was grappling with something, but didn't know what.

"The debt he's paying to our society is teaching our young people to do the right thing," said Cheryl Ellis, a member of the church's youth staff. "To lock him away someplace and say he owes it to society is robbing the next generation of a mentor."

Police have said they interviewed Inman's friend, now 28, who acknowledged being involved in the robbery but not the stabbing. Relying on 1994 juvenile laws preventing prosecution of people 13 or younger, police said they could not charge the friend.