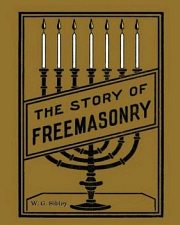 When Democrats wrest control of our Government from slimy Republican hands, soaked as they are with blood spilled for oil and greed, our Nation shall crumble under the terror of fanatical Muslin extremism.

Yes – a vote for anyone running as a Democrat is a vote to welcome the jihadist rabble to Washington, D.C., and right up the Capitol steps.

After all, Jesus Christ stands with the GOP while Allah manipulates the liberal progressives to do his bidding.

From whence does this dung emanate?

Mike Huckabee confuses the selection of a chief corporeal official with the struggle between good and evil among never-seen spirits in the ether.

His demeanor when commiserating with humorists comes across as that of a right reasonable chap, open to sense and sensibility for all.

Conversely, position Mike in front of a gaggle of true believers and poof!… America becomes Christianland, a wondrous place where, according to some unnamed egomaniac’s strict interpretation of the writings found within The New Testament – combined with a gross misunderstanding of The Old Testament — might is derived through Divine Right.

And, as we all know, the Right is oh, so divine…

Jews aren’t included in the rhetoric. Neither Muslims nor Buddhists have an invite; agnostics be damned!

Gays are an abomination to God’s laws, a dangerous sub-culture that must be brainwashed into mindlessly strict adherence or eliminated altogether – before America’s children are all poisoned by their influence and sexual deviancy. Amen.

As good Christians would have their way, the extension of rights to people who admit a proclivity toward homosexuality, those very same rights deigned to be enjoyed by all Americans, should be banned through an amendment to our Constitution.

This document is the blueprint for endowing all mankind with freedom; the very thought of abusing it as an instrument to retard the rights of any human goes far beyond distasteful.

This species of noxious dogmatism leaves me gagging on its odious specter of misplaced righteousness.

Any denial of rights to a select segment of men and women under the guise of "gawd’s law" is insidiously hypocritical. In a nation wherein the concept of tolerance for all is the basis of its foundation, such action would be maliciously intolerant.

It is a gross understatement simply saying that the insistence of charlatans in religious garb to renounce the existence of others, and their right to exercise free will, is wrong. It’s sinister.

I believe it was Mr. Christ himself who strongly suggested that man’s allegiance to an Earthly leader should not be confused with servitude to a deity.

Yet, Mike Huckabee would have us believe the two are inextricably intertwined.

If memory serves, these past seven years we’ve been through a hellish nightmare of governmental tyranny in the name of Jesus.

Which brings me to the other iniquity lurking in the wings.

The nearer we get to November, every time John McCain opens his mouth I mercilessly lash my back with a cat-o’-nine-tails as penance for voting for the guy back in my Tucson radio days. What an opportunist he has become.

Despite the fact that in 2000, through the most vile and vicious of lies, upstart George W. Bush appropriated a Republican presidential nomination that should have gone to Sen. McCain, predicated upon divine right from the highest authority, John now embraces Caesarus Crawfordus and his unstable policies in the hope of winning the cold-chiseled hearts of GOP zealots on the far Right.

In speeches to GOP faithful, McCain proliferates the message of fear as delineated by il Regime Fascista d’RoveCheneyBush – al Qaeda (as well as sundry other fanatical Muslims) are treacherously poised, ready to obliterate the United States, and they’re only biding their time until the Democratic Party becomes dominant to strike.

After months of backbiting, Mitt Romney has thumbed a ride on the McCain "Straight Talk Express," echoing the same mantra: Allowing Democrats to take control is tantamount to handing down a death sentence for America and our free way of life.

These are the same guys who, along with Republicans in general, are more than willing to dismantle our Constitution and Bill of Rights under the guise of freedom.

They’d have us assault Iran without cause because utilizing excessive force to ram democracy down the throats of Muslims is the Christian thing to do.

Likewise, the continuance of a military combat force in Iraq ad infinitum would make them as happy as pigs in slop.

The logic that concludes acquiescence of our human rights to a demigod who stole two national elections through chicanery and deceit is the path toward true liberty somehow eludes me. In doing so, Congressional Republicans, along with 21 Democratic senators who skipped all lectures in Constitution 101 — leading to broken faith with their constituents, party and any resemblance to government of the people – have played right into the hands of the "enemy" we keep hearing so much about.

This paranoia infesting the Republican mindset, and its cancerous spread across the American landscape, has proven itself the most divisive and internally hazardous force we have faced since what’s referred to in polite circles as the Unpleasantness of the 1860s, aka The War Between the States. As dangerous as that era was, we’re quite possibly living in an even more perilous age.

Sadly, the great-unwashed masses who spend their entire lives within the basic confines of one county or geographic region (both physically and ideologically) are complicit in the loss of freedoms we hold so dear because they confuse "war" against an enemy contrived by an illegal government with strength and might.

Following Senate capitulation to yet another whim of our Little Dictator, on Thursday, Feb. 14, 2008, House Democrats stood their ground in refusing to ratify an extension of the Regime’s demand for unencumbered invasion into private conversations and personal business. Rather, they insisted upon continued investigation of White House machinations of operative functions within the Justice Department.

Republican members of that august body, following the lead of John Boehner (hand-picked successor of disgraced "Smiler" Tom DeLay, tossed from Congress by a precipitous mountain of scurrilous abuses of office), walked out en masse` in a contemptible show of hubris. At a podium set up on the Capitol steps for this media event, Boehner took the opportunity to impugn the integrity and patriotism of Democrats, whining that the other party refuses to play nice – except when sympathizing with al Qaeda.

Acceding to the royal dictates of George W. Bush is not working together in non-partisan harmony; blind allegiance to the despotic will of King George XLIII is abdication of everything our Nation has stood for these past two centuries and more.

The last time Republicans on the Hill worked harmoniously with Dems was during the Nixon investigations, after it was acknowledged that he was incorrigible.

I find it despicable that Dubya, Dark Lord the Dick Cheney, the West Wing Cabal, and every Republican member of Congress refuse to recognize the wishes of more than two-thirds of the American people, continuing instead to push their own personal and collective agenda.

Open debate is good as well as necessary. Obstructionism is only self-serving.

The next time a Republican appears in front of a microphone and/or camera reiterating the drivel that we must defer our right of free will to any single individual, or that a government led by the Democratic Party will create an al Qaeda haven on American soil, think of the following quote:

"Every time someone mentions ‘national security,’ we shut our eyes, turn our heads – nobody even wants to know the time of day. I say, ‘Let’s open our eyes and keep going.’"

These enlightened words were uttered by Edward Asner as "Lou Grant" during an episode from 1978. The storyline concerned the discovery that hundreds of CIA operatives had been surreptitiously placed into media newsrooms since the onset of the Cold War; nobody knew who they were, their objectives, or how such interdictions may have influenced news coverage.

It’s no wonder the thoughtful person finds it difficult to have faith in the veracity of today’s corporate-owned media.

Funny how 30-year-old television fiction can come to roost in 2008 reality.

And let’s give him some support on The Hill.


(Jerry Tenuto is an erstwhile Philosopher and sometime Educator. A veteran with seven years of service in the U.S. Army, he holds a BS and MA in Communications from Southern Illinois University at Carbondale. Depending upon your taste in political stew, you can either blame or thank Jerry for his weekly "Out Of The Blue" feature in The Lone Star Iconoclast. Visit his blog Blue State View at illinoiscentral.blogspot.com) 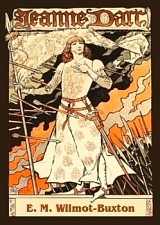