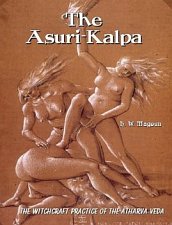 GOP Jesus Is No Friend of Mine

Christian conservatives have created a perverse and profane Jesus with warped priorities. Frankly, their invention disturbs me. This GOP Jesus is preoccupied, even obsessed, with two issues: abortion and same-sex marriage.

“I don’t like the way the Republicans have taken this country. Every time I hear the word ‘conservative’ it makes me sick to my stomach, because they’re really just fake Christians as I call them, that’s all they are…. They want to be judge and jury. I’m for gay marriage. None of my business if gay people want to get married. I’m pro-choice, and I think these Christians, first of all, they’re not supposed to judge other people, but they’re the most hypocritical judge of people we have in this country. And it bugs the hell out of me. They act like they’re Christians, and they’re not forgiving at all… They can’t do anything to me, I don’t work for them.”
- Charles Barkley, CNN Late Edition with Wolf Blitzer, February 17, 2008

I find the exploitation of religion by conservative politicians to be troubling. The Christian Right - specifically the Republican Party and its standard bearers running for President - offend democratic sensibilities when they proclaim that this is a Christian nation, that all Americans should be Christians, and in Talibanic fashion, insist that their own extreme form of religion should dictate public policy decisions. When a political party decides that it is the party of God, they invite problems. And since they have opened the door, I have decided to walk through it.

Christian conservatives have created a perverse and profane Jesus with warped priorities. Frankly, their invention disturbs me. This GOP Jesus is preoccupied, even obsessed, with two issues: abortion and same-sex marriage.

And GOP Jesus loves his guns, and can’t get enough of them. In fact, he thinks that everyone should have as many weapons as possible.

This GOP Jesus believes free market capitalism will solve all ills, and will not let anything stand in the way of corporate profits, whether environmental regulation, “socialized” medicine or social welfare.

GOP Jesus believes in a strong military so that he may vanquish his enemies in Muslim nations. He favors forms of torture such as waterboarding in order to win the war on terror. GOP Jesus believes in building a wall around America, his favorite country. He wants to drive out the illegal immigrants and torture and imprison the suspected terrorists. He speaks English only, and permits no foreign languages. He supports the waving of the Confederate flag.

Most of all, he takes a careful look at the atrocities occurring in other theocratic regimes, organized crime rings operating under the guise of religious values. Morality police who arrest and whip women for not wearing “proper” clothing. So-called religious authorities who sentence a woman to death for practicing witchcraft or committing adultery. And GOP Jesus is taking notes, because he thinks that perhaps he can learn something from these regimes, and adapt their thuggery and laws of intolerance to the American market.

But I wonder what the Christian Right would say if they actually came face-to-face with Jesus. You know what I mean, that man of color who was born to homeless parents. The guy who hung out with the beggars, lepers and prostitutes. The man who cared for the sick and the children, and said “It is easier for a camel to go through the eye of a needle, than for a rich man to enter into the kingdom of God.” (Matthew 19:24). That Black radical and political prisoner who was tried by a kangaroo court and executed under the unjust and arbitrary laws of a corrupt state.

So, what would they do if they encountered Black Jesus? They wouldn’t let him pass through airport security. They would likely deport him, or brand him a terrorist, or a nutty, unpatriotic antiwar activist, and lock him up in Guantanamo. 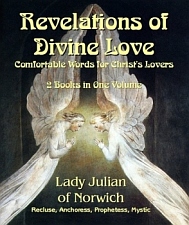