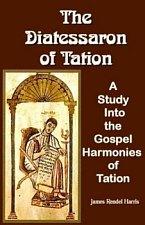 Soldier Says Army Punished Him for His Beliefs

At the very least, atheists aren’t going to make it anywhere in the army during the Bush Administration.

First we had that scandal at the Air Force Academy, where it seemed as if the place was run by evangelical Christians, with bias and intimidation included. No news on whether they've solved that problem. Now it seems that a soldier has been denied a promotion because he is an athiest. It appears, even, that he was told he wasn't a good soldier because he couldn't pray with his fellow soldiers. From Yahoo News:


A soldier claimed Wednesday that his promotion was blocked because he had claimed in a lawsuit that the Army was violating his right to be an atheist.


Attorneys for Spc. Jeremy Hall and the Military Religious Freedom Foundation refiled the federal lawsuit Wednesday in Kansas City, Kan., and added a complaint alleging that the blocked promotion was in response to the legal action.


The suit was filed in September but dropped last month so the new allegations could be included. Among the defendants are Defense Secretary Robert Gates.


Hall alleges he was denied his constitutional right to hold a meeting to discuss atheism while he was deployed in Iraq with his military police unit. He says in the new complaint that his promotion was blocked after the commander of the 1st Infantry Division and Fort Riley sent an e-mail post-wide saying Hall had sued.


According to the lawsuit, Hall was counseled by his platoon sergeant after being informed that his promotion was blocked. He says the sergeant explained that Hall would be "unable to put aside his personal convictions and pray with his troops" and would have trouble bonding with them if promoted to a leadership position.


Hall responded that religion is not a requirement of leadership, even though the sergeant wondered how he had rights if atheism wasn't a religion. Hall said atheism is protected under the Army's chaplain's manual.


Maj. Freddy J. Welborn was named in the lawsuit as the officer who prevented Hall from holding a meeting of atheists and non-Christians. It alleges that Welborn threatened to file military charges against Hall and to block his re-enlistment. Welborn has denied the allegations.

A Major prevented a meeting of athiests and non-Christians? Now I'm usually wondering why meetings of any kind should be held on military property, but if they allow Christian meetings, then they should allow those for athiests, Wiccans, Hindus and even Scientologists. (How could we have Top Gun without that?) Well, it is probable that this is all a part of the radical religious right and their agenda, but I've got no evidence of any conspiracy or anything. Still, it seems the folks at Fort Riley had a political agenda, at least according to the lawsuit. And I'm not seeing denials about that.


Hall's attorneys say Fort Riley has permitted a culture promoting Christianity and anti-Islamic sentiment, including posters quoting conservative columnist Ann Coulter and sale of a book, "A Politically Incorrect Guide to Islam," at the post exchange.

Seems like that last bit comes very close to breaking a law or two. 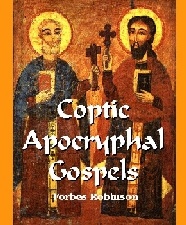