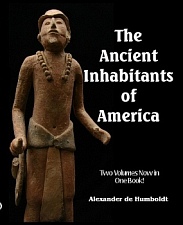 Christianity Today: Welcome to church: enter at your own risk.

Several scandals behind church doors have surfaced in the last few years.


Welcome to church: enter at your own risk.

But with so many varieties of Christianity and so many churches in this region, the dark side of going to church has surfaced from time to time.

Since 2001, several scandals behind church doors have opened to public horror -- including the death of a teenager during an exorcism, an Aylmer church rallying around parents who beat their children, and criminal and civil cases over sexual abuse from Catholic church leaders.

One of the most bizarre and shocking examples of religious extremism in this region was an attempted exorcism that killed 19-year-old Walter Zepeda in January 2002.


The teen died in his family's south London apartment, where he had been tied up for a week, while many members of the Missionary Church of Christ came and went to help his parents pray for the return of his soul.

At the time, the Missionary Church of Christ was a growing evangelical ministry headquartered in Puerto Rico, with 13 congregations in Canada, most of which are in Ontario. Of 450 members in Canada, 50 of them were in London.

Church members believed people could be possessed by the devil and liberated by prayer, Walter's brother told The Free Press.

The shared belief made it reasonable to church members that a regular teen who began acting out -- suddenly smoking, listening to rap music, disobeying his parents and on one occasion talking jibberish into a microphone at church -- must be, not sick, but possessed.

With the encouragement of Church pastor Guillermo Fabian, Zepeda's parents and a family friend tied him up and began a prayer vigil that lasted nearly a week. At least 10 people went to pray for the teen, who was tied to chairs with neckties.

When Zepeda's parents and another church member were charged in the shocking incident, church members initially told the truth of what happened, thinking nothing was wrong.

But after the story made headlines, the congregation quickly clammed up -- a typical response to outside interest, said one scholar.

"In (non-mainstream) church communities, when there is a scandal, everybody shuts down. Nobody talks," says Bill Acres. "You are dealing there with groups that are almost cultish."

Church members are often "deeply hurt," he says. "And there may be some disbelief as well. If you have a leader in the group who s charismatic, you say, 'Well, the outside world never understood us anyway.' "

That appeared to be the case in Aylmer in 2001, when the Children's Aid Society seized seven children from an Aylmer family.

The parents -- who had been investigated a year earlier for failing to get medical help for a child scalded by boiling water -- had this time hit their children with belts, electrical cords and the wire handle of a fly swatter, according to the children.

During the investigation, child welfare workers seized a Church of God parenting guide in the home that told parents children as young as six months should be beaten with a rod.

The Aylmer church, headed by Pastor Henry Hildebrandt, was one of only a dozen or so of its kind across North America, the smallest and most orthodox of three groups that operate as the Church of God, created by David Warner in 1881 in Indiana.

Though its members dress in clothing similar to that of Mennonites, the two religions do not hold similar beliefs.

"Look at your average mainstream church these days. Everyone in any leadership role in the church is screened and police-checked," says Acres.

"Then you look at a group who gets together and has little to do with the outside world. They can get into stuff that isn't transparent, and that is now where you see a lot of these recent scandals coming."

A case before the courts in London has painted a terrifying picture of the trust parishioners often place in leaders.

Royden Wood, the former pastor at Ambassador Baptist Church, is on trial on 10 assault charges related to a discipline program involving three boys who were pupils at the church's alternative school from 1985 to 1987.

Wood also is accused of three counts of sexual assault by two women who allege he fondled their breasts.

Now men, the boys have testified to being ordered to stand at attention for hours, running laps around the block, having hair pulled from their faces with fingers and pliers and being hit on the shoulder repeatedly. They also described "the basement treatment," the most extreme discipline where they were punched in the stomach.

The church's teachings included an "affection program" aimed at having members getting to know each other better so they could reach into the community with their Christian message. The program encouraged couples to date each other's spouse.

The most shocking may be the case of Catholic priest Charles Sylvestre, who at 83, was found guilty of 47 counts of indecent assault and sent to prison for three years. He died last year.

If high-profile pastors, often the televangelists or leaders of large churches, seem to fall more often, it's only because they crash more publicly, says David Reed, a professor of theology at the University of Toronto.

The smaller the individual church, the easier it is to hide a wrongdoing.

"If a local Anglican minister does something wrong, the congregation will know about it but no one else will," Reed says.

There can be a flaw inside a great preacher that leads to success and downfall, he adds.

That makes them effective at reaching out to people, but the flaws remain and can surface in horrible ways, Reed says.

Churches should have checks and balances in place, such as a board and financial transparency, to guard against wrongdoing, says Rob Hogendoorn, pastor of Forest City Community Church.

Sadly, though, there is no way to perfectly protect churchgoers from all wrongdoing, he says.

"We all know this about human nature. There is a broken side, a fallen side,"

"To some degree there is never going to be a (perfect) system created . . . whether it's in church or politics or families because the world is made up of people like me and you who are not perfect, who have shadow sides we don't always really understand fully." 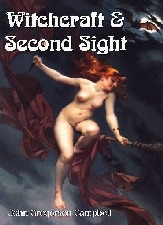