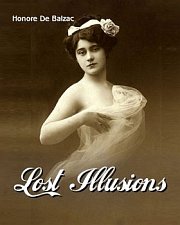 Now I undoubtedly believe it – I have seen it with my own eyes”, one of the palmers said. For many years the unique Christian relics have been stored inside San-Legontsiy church. Even today thousands of palmers from around the world come to see the sacred relics. Each of them can’t control tears of happiness.

The miracle happened in the 8th century AD in the town of Lanchano, situated on the bank of Adriatic Sea. The name of the town is translated from Italian as “spear”. This name iIt is not by chance – they say that centurion Longin that pierced the heart of dead Jesus Christ, was of Lanchano origin. In the 8th century the church was situated in the outskirts of the town and belonged to Bazilian monks of the Greek Orthodox. For Christians Blessed Sacrament is one of the most sacred ceremonies and the most important part of the service. After the priest’s prays bread and wine that he puts in God’s Cup turn into blood and flesh of Jesus Christ.

During one of the ceremonies of the Blessed Sacrament the priest, while holding the Cup with the flesh and blood of Jesus Christ, started to doubt if he was really holding sacred relics. He doubted more and more and didn’t notice that bread and wine really changed into human flesh and blood! The priest turned pale and exclaimed: “You are the witnesses of the miracle that has just happened”. Saying this, he gave people the blood and flesh of God. Believers fell down on the knees and started to cry with happiness. Later the miracle was described in the local chronicles and it was decided to store the relics for descendants.

Pieces of sacred flesh and blood were carefully put in the wooden cist. A thin slice of flesh was put under the press so that it didn’t roll up after it dries. Amazingly neither the blood nor the flesh spoiled through the centuries. The first time scientists dared to examine the relics was in 1574. They were excited to see that blood spilled into 5 drops. They were of different shapes and sizes, but the weight was the same! After this brief examination the monks took the cist back to its initial place and didn’t take it out more often than once a year – on Patron Saint’s Day of the church.

With God’s help the relics were not damaged during countless medieval wars. In 1636 the relics were put in the cist in the center of Valsek chapel shrine. There were made 4 keys to the cist – each one for each priest. The fact that the priests were extremely honest can be easily proved: the relics have been lying there safely for more than 2 centuries until in 1902 the citizens of Lanchano decided that the relics need a new shrine.

The last and expertise was made by the representatives of World Health Organization. The examination lasted for more than 2 years, but it was worth the efforts. The results proved that the flesh was “real human flesh” and the blood was “real blood” of group AB. Scientists easily prove that the blood doesn’t belong to anyone of Italian origin: blood group AB is extremely rare in Italy, but is widespread in Palestine - the place where Jesus Christ was born. What scientists can not explain is how the blood that is 1300 years old doesn’t lose its chemical qualities. Normally blood changes its properties after 20 minutes in the open air. The fact that the blood’s properties remained the same for more than a century is a real miracle.

Thousands of palmers from all round the world come to Lanchano to bow to the relics. Among them there are a lot of Russian believers. They don’t need any results of chemical tests to know that God sent them a sign.