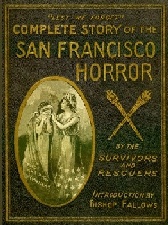 Another GOP Khristian Bush adviser resigns under cloud of scandal

A top aide to President George W. Bush has resigned over allegations that he misused US government money, the White House said Friday.


White House officials were informed of allegations that Felipe Sixto, who was a special assistant to the president for intergovernmental affairs, "had engaged in improprieties using USAID (US Agency for International Development) grant money," said spokesman Scott Stanzel.

{USAID is the same NGO that Chavez has accused of illegally spying and instigating chaos and terrorist activities in Venezuela!}

"Our understanding is that Mr Sixto allegedly had a conflict of interest with the use of USAID funds by his former employer," Stanzel said.

Sixto was formerly employed at the Center for a Free Cuba, a Washington-based group that advocates for democracy in Cuba.

He had been working at the White House since July 2007, and was appointed to his current job in March.

The spokesman would not describe the alleged improprieties, and he said he did not know how much money was involved.

He said Sixto turned himself in and that the White House referred the matter to the Justice Department "for appropriate action."

Bush was informed of the allegations, Stanzel said, adding that the president believed "the proper actions were being taken."

The Center for a Free Cuba's executive director, Frank Calzon, said the organization "discovered this problem in mid-January" and informed USAID, which conducted its own investigation before informing other authorities.

"Obviously I'm disappointed. No one currently at the Center for a Free Cuba is alleged and I am confident that no one (else) has been involved or currently involved in any such activities," he told AFP in a telephone interview.

Calzon said he expected "all the funds in question" to be recovered, but would not say how much it was.

The Center for a Free Cuba sends thousands of books, laptop computers, shortwave radios and medicine to the island, he said.

Stanzel said Sixto worked with state lawmakers, Native American groups and Latino elected officials, and that through his work on Cuba issues he had contact with advocacy groups in the Cuban-American community. 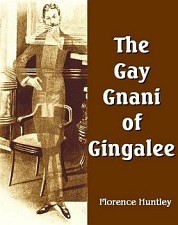