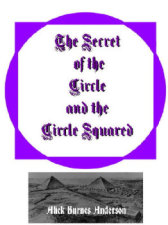 “By faith Abraham, when God tested him, offered Isaac as a sacrifice.”
Hebrews 11:17

This Easter Sunday, 11-year-old Kara Neumann of Weston, Wisconsin, died of diabetic ketoacidosis, a curable condition. While Kara was bedridden suffering waves of nausea and vomiting and excessive thirst and could not talk, her parents, Dale and Leilani Neumann, knelt in prayer and refused to seek medical treatment.

Kara’s aunt called 911from California and told the dispatcher that her niece was severely ill and that, “We’ve been trying to get [Leilani] to take Kara to the hospital for a week, a few days now . . . but she is very religious and is refusing.”

When Kara stopped breathing, her father’s faith weakened and he dialed 911. Following the ambulance to the hospital, Leilani called the prayer elders of the Unleavened Bread Ministry, an online church that shuns medical intervention, and asked them to pray that the Lord would raise her daughter up. Kara was pronounced dead at the hospital. Predictably, there was no resurrection in Weston, Wisconsin this Easter Sunday.

Everest Metro Police Chief Dan Vergin, who is investigating the death, told reporters that the Neumanns are “not crazy.” He went on to explain, “They believed up to the time she stopped breathing that she was going to get better. They just thought it was a spiritual attack. They believed that if they prayed enough she would get better . . . they said it was the course of action they would take again.”

Kara’s three siblings are staying with relatives until the investigation is completed, but Chief Vergin assured reporters, “There is no abuse or signs of abuse that we can see.” Vergin is correct . . . sort of. Refusing life-saving medical care to their remaining children as “the course of action they would take again” is not child abuse, it is premeditated negligent homicide.

Unfortunately, the death of a child at the praying hands of religious parents is not uncommon and is sanctioned by state and federal religious exemption laws. Under Wisconsin law, parents cannot be accused of child abuse or negligent homicide if they fervently believed prayer was the best treatment for a disease or life-threatening condition.

In 1986, 7-year-old Amy Hermanson of Sarasota, Florida, died of diabetes because her mother and father’s religious beliefs forbade medical treatment. The parents were convicted of child abuse and third-degree murder. Florida’s Supreme Court overturned the conviction in 1992.

In1989, 11-year-old Ian Lundman of Independence, Minnesota, died of diabetes because his mother and stepfather relied on prayer to cure him. Ian’s death was ruled a homicide and his parents were indicted. A district court dismissed the case because Minnesota’s religious exemption rule recognized prayer as medical treatment. Minnesota’s Appeals Court and Supreme Court upheld the ruling.

In 2003, federal legislation “sanctioned” the killing of children by religious parents in the “Child Abuse Prevention and Treatment Act.” The act requires that states receiving federal grant dollars must include “failure to provide medical treatment” in their definition of child neglect. However, to placate the powerful Christian Science lobby and other fundamentalist groups, legislators included the following caveat: “Nothing in this Act shall be construed as establishing a Federal requirement that a parent or legal guardian provide a child any medical service or treatment against the religious beliefs of the parent or legal guardian.”

Only by a twisted, fundamentalist logic—pandered to by politicians—in the overly religious United States, which is one Supreme Court vote away from overturning Roe v. Wade in order to protect the rights of an undifferentiated bundle of cells in a woman’s womb, can thinking, feeling, trusting, loving children be allowed to suffer and die because of the fanatical religious beliefs of their parents . . .whether the child holds those beliefs or not.

It is unfortunate that parents, who obviously love their children, regard their faith in a god with a lousy track record for healing as unassailable, neither by the love nor by the trust of their children. Between 1975 and 1995, 172 children died in the United States because their parents refused medical treatment on religious grounds. One hundred and forty of those children died from conditions which medical science had a 90 percent track record of curing.

The National Center on Child Abuse and Neglect concluded, “There are more children actually being abused in the name of God than in the name of Satan.” As Gerald Witt, mayor of Lake City, Florida, said about local faith-based deaths, “It may be necessary for some babies to die to maintain our religious freedoms. It may be the price we have to pay; everything has a price.”

But religious zealots need not pay the ultimate price of sacrificing their children on the altar of faith. It says so in the first book of their bible. “Abraham built an altar . . . and laid the wood . . . and bound Isaac his son, and laid him on the altar. And the angel of the Lord called unto him out of heaven, and said, Abraham . . . lay not thine hand upon the lad . . . for now I know that thou fearest God . . .” (Gen. 22:9-12).

Should parents decide to disregard both their god’s admonition against sacrificing children to prove a fanatical faith and society’s laws against homicide, they should be held accountable to a secular “higher power” in a court of law that does not accept the strength of a person’s religious belief as evidence of their guilt or innocence.

Author’s note: The United States and Somalia are the only countries that have not ratified the United Nations Convention on the Rights of the Child.

Authors Bio: Robert Weitzel lives in Middleton, WI. His essays appear in The Capital Times in Madison, WI. He has also been published in the Milwaukee Journal Sentinel, Skeptic Magazine, Freethought Today and on the web sites, commondreams.org and smirkingchimp.com. 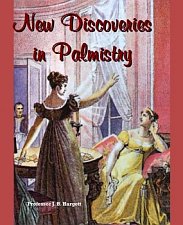