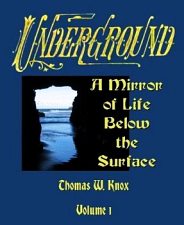 
The mother of two small boys from Greater Springfield has filed a lawsuit in New York against a suspended priest, alleging he sexually abused her two sons when they were just 2 and 5 years old.

The complaint against the Rev. Aaron J. Cote was filed in New York Tuesday, and announced today by a clergy abuse watchdog group in front of diocesan offices here. A lawyer for the alleged victims, Michael G. Dowd, did not immediately return a call for comment this afternoon.

The suit does not name the family, and The Republican does not identify alleged victims of sexual abuse.

Nor does the complaint say where in Greater Springfield the family lives. However, Barbara A. Blaine, president of Survivors Network of Those Abused by Priests, said she believed the boys are now 5 and 8, and live in a suburb of Springfield.

Cote is a Dominican order priest who graduated from Holyoke Catholic High School, according to the diocese, and served in parishes in South Hadley and Westfield on a visiting basis during the 1990s. He was suspended in 2003 after allegations of abuse arose in Providence, R.I.

Diocesan spokesman Mark E. Dupont said Cote has family in the area, but was not on assignment in this diocese at the time of the alleged abuse. In addition to Cote, the lawsuit names the Dominican Fathers Province of St. Joseph, based in Manhattan, where Cote is reportedly living.

The Dominicans are a Catholic religious order founded by St. Dominic in the early 13th century in France. They differ from diocesan priests in that the diocese has no authority over so-called order priests, who typically serve in various dioceses under a type of courtesy agreement.

Themes of the lawsuit filed on behalf of the two small boys recently mirror those in a flood of lawsuits filed against Catholic clergy over the past decade or more.

The complaint alleges the Dominicans identified early problems with Cote, including excessive drinking, and that allegations of inappropriate behavior with young boys endured as Cote was transferred from parishes in Ohio, Peru, Washington D.C., Springfield and beyond.

Cote is accused in the complaint of luring boys to his room and into the shower and of plying victims with alcohol and pornography.

The document states Cote was "transferred" to Springfield in 1991. While Cote was here, the Rev. Hugh Crean from this diocese called the Dominicans, according to the lawsuit.

"The Dominican official who called the Diocese of Springfield back stated that (he) 'had the sinking feeling as I was calling .Â¤.Â¤. that his call had to do with (Rev.) Cote. I was right,'" the suit states, quoting personnel records. "The note stated that the Dominican official 'didn't indicate to Father Crean (Cote's) questionable history in recent years.'"

Crean called Cote "a mysterious personality" and "invisible," according to the lawsuit.

Dupont said he had no knowledge of that exchange and that no local parishioner has filed a complaint with the Springfield Diocese about Cote. The family is believed to have gone to local police officials in 2006, according to Blaine.

The Hampden Country District Attorney's office would not comment yesterday on whether there is an open investigation into the matter.

A person who answered the phone at the Dominican order in New York yesterday declined comment, saying the order would issue a written statement later.

Blaine and other clergy abuse victims gathered outside the chancery on Elliot Street yesterday, to protest what they argue has been an inadequate response to allegations against Cote.

"We're asking Bishop (Timothy) McDonnell to reach out to others who may have been hurt" by Cote, Blain said. "We are concerned Bishop McDonnell has not done the outreach he could or should."

The diocese ran a story in its newspaper, "The Observer," in 2005 when allegations about Cote arose in a Rhode Island parish. The pastor of a parish in Westfield where Cote served also posted a notice on the church bulletin, Dupont said. He added that the diocese is willing to offer counseling to the family, even though Cote is not a priest of this diocese.

At an unrelated press conference yesterday morning, McDonnell said he knows little about the family or their accusations.

"They are talking about it but they are not sharing," McDonnell said of Blaine and the Survivor's Network. "That's what makes it difficult." 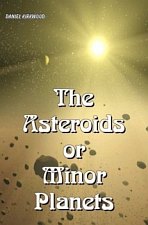