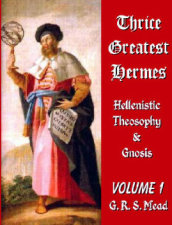 He killed him and ate his brain over an argument of whose religion was best. (Now that's faith!)


David Allen Chapin, who ate the brain of his roommate after he shot him 30 years ago in an argument over whose religion was best, is up for parole in June.

“He is like Clermont County’s version of Hannibal Lecter,” assistant Prosecutor Daniel “Woody” Breyer said of Chapin, who was sentenced to life in prison for aggravated murder.

Lecter was the fictional killer-cannibal in the book and movie “The Silence of the Lambs.”

Chapin shot his longtime friend, Donald E. Liming, in the right eye with a rifle in their apartment on Concord Woods Drive in Milford on Oct. 3, 1978. Both were 23. Chapin was a Baptist, while Liming had claimed he was a Catholic, a Buddhist and a pagan.

After stuffing the body into the trunk of his Buick Skylark, Chapin drove to Raymond Walters College in Blue Ash, where he was a student. A biology professor testified in Clermont County Common Pleas Court that Chapin asked if he wanted a corpse to dissect.

The prosecutor’s office opposes the release of Chapin from the Allen Correctional Institution in Lima “because he is very dangerous,” Breyer said.

Doug Liming of Milford, a younger brother of the victim, said he and his family have written the parole board asking that Chapin be kept in prison – and he urged members of the public to do likewise.

“It’s not safe to have him in society,” Liming said. “He threatened other members of our family. … He said if he got out, he would go after … my mother and my sister. I do (believe him). He is a convicted, cold-blooded murderer, and I don’t think that people who do brutal acts such as that can be rehabilitated.”

One of his defense attorneys said Chapin had been dominated by evil forces since childhood. Chapin had pleaded not guilty and not guilty by reason of insanity.

A psychiatrist testified Chapin told him he and Liming had agreed to eat the brain of whoever died first so that the spirit of the dead person would live on inside the survivor.

Chapin was found guilty on March 15, 1979, and sentenced to life in prison by Judge Louis J. Schwartz.

One member of the Ohio Parole Board and a hearing officer will meet with Chapin on June 2 or 3 at the prison in Lima and make a recommendation on whether he should be released, said JoEllen Culp, spokeswoman for the Ohio Department of Corrections.

The Parole Board will take into consideration things such as the offense for which Chapin was incarcerated, his behavior in prison, and views of the public and the family of the victim, Culp said. 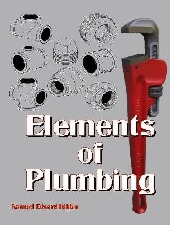