Preacher should be charged with QUACKERY!

Two parents who prayed as their 11-year-old daughter died of untreated diabetes were charged Monday with second-degree reckless homicide.

Family and friends had urged Dale and Leilani Neumann to get help for their daughter, but the father considered the illness "a test of faith" and the mother never considered taking the girl to the doctor because she thought her daughter was under a "spiritual attack," the criminal complaint said.

"It is very surprising, shocking that she wasn't allowed medical intervention," Marathon County District Attorney Jill Falstad said. "Her death could have been prevented."

Madeline Neumann died March 23 - Easter Sunday - at her family's rural Weston home. Her parents were told the body would be taken to Madison for an autopsy the next day.

"They responded, 'You won't need to do that. She will be alive by then,'" the medical examiner wrote in a report.

An autopsy determined that Madeline died from undiagnosed diabetic ketoacidosis, which left her with too little insulin in her body. Court records said she likely had some symptoms of the disease for months.

The Neumanns each face up to 25 years in prison if convicted. The couple and their attorney did not immediately return messages left Monday by The Associated Press.

Falstad said the Neumanns have cooperated with investigators and are not under arrest. They have agreed to make an initial court appearance Wednesday, she said.

Randall Wormgoor, a friend of the Neumanns, told police that Dale Neumann led Bible studies at his business, Monkey Mo Coffee Shop, and believed physical illness was due to sin, curable by prayer and by asking for forgiveness from God, the complaint said.

Wormgoor said he and his wife, Althea, were at the Neumann home when Madeline - - called Kara by her parents - died. Wormgoor said he had urged the father to seek medical help and was told the illness "was a test of faith for the Neumann family and asked the Wormgoors to join them in praying for Kara to get well," the complaint said.

Althea Wormgoor said she "implored" the parents to seek medical help for the girl, the complaint said.

Leilani Neumann, 40, told the AP previously she never expected her daughter to die. The family believes in the Bible, which says healing comes from God, but they have nothing against doctors, she said.

Dale Neumann, 46, a former police officer, has said he has friends who are doctors and started CPR "as soon as the breath of life left" his daughter's body.

According to court documents, Leilani Neumann said in a written statement to police that she never considered taking the girl, who was being home-schooled, to a doctor.

"We just thought it was a spiritual attack and we prayed for her. My husband Dale was crying and mentioned taking Kara to the doctor and I said, 'The Lord's going to heal her,' and we continued to pray," she wrote.

The father told investigators he noticed his daughter was weak and slower for about two weeks but he attributed it to symptoms of the girl reaching puberty, the complaint said.

A day before Madeline died, according to the criminal complaint, the father wrote an e-mail with the headline, "Help our daughter needs emergency prayer!!!!." It said his daughter was "very weak and pale at the moment with hardly any strength."

The girl's grandmother, Evalani Gordon, told police that she learned her granddaughter could not walk or talk on March 22 and advised Leilani Neumann to take the girl to a doctor.

Gordon eventually contacted a daughter-in-law in California who called police on a non-emergency line to report the girl was in a coma and needed medical help. An ambulance was dispatched shortly before some friends in the home called 911 to report the girl had stopped breathing, authorities said.

One relative told police that the girl's mother believed she "died because the devil is trying to stop Leilani from starting her own ministry," the complaint said.

The Neumanns said they moved to Weston, a suburb of Wausau in central Wisconsin, from California about two years ago to open the coffee shop and be closer to other relatives. The couple has three other children, ages 13 to 16; they are living with relatives.

The family does not belong to an organized religion or faith, Leilani Neumann has said.

Everest Metro Police Chief Dan Vergin said the parents once belonged to the Lighthouse Pentecostal Church but later became what he called religious "isolationists" involved in a prayer group of five people.

"They have gone out on their own," he said. "... They have a very narrow view of Scripture and I would say not many people hold to that narrow of view."

In March, an Oregon couple who belong to a church that preaches against medical care and believes in treating illness with prayer were charged with manslaughter and criminal mistreatment in the death of their 15-month-old daughter. The toddler died March 2 of bronchial pneumonia and a blood infection that could have been treated with antibiotics, the state medical examiner's office said. 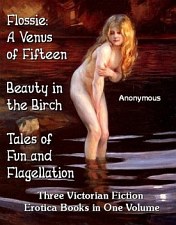