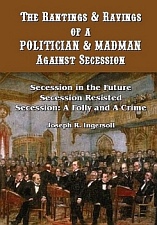 Abuse of faith - Faith Based Crimes!

It has been a bad month for religious groups and sex.

The Texas compound of a polygamous Mormon sect was raided on the suspicion that teenage girls were being forced to marry and bear children. Texas child welfare officials now say 31 of the 53 girls ages 14-17 who were living on the ranch are pregnant or are already mothers. They say there was a pattern of underage girls forced into "spiritual marriages" with much older men. And when the grown women from that compound were interviewed on TV, their cowed demeanor and inability to answer the simplest questions intelligibly made me wonder what was going on there to rob them of any sense of personal will or motivation.

In Virginia, meanwhile, Baptist minister James Bevel, one of the leading pastors in the civil rights movement, was convicted of sexually molesting his own daughter over many years. The Rev. Bevel admitted to being a sex addict and to fathering 16 children by several women. According to the testimony at his trial, he justified having sexual relations with many women in the name of teaching them the "science of marriage."


And in Brooklyn, N.Y., Rabbi Yehuda Kolko, a Yeshiva teacher who was charged with sexually molesting young students and an adult former student, was allowed to plead guilty to the charge of child endangerment.


It makes me angry when I hear about religious groups that, under the guise of practicing religion, allow clergy or group leaders to sexually exploit their followers, most often women and children. The Catholic Church deserves the infamy it has received for turning a blind eye for so long to the sexual abuses committed by its priests, a fact acknowledged by the pope on his recent U.S. visit. But hardly a week goes by that the news doesn't reveal incidents of other religious groups whose clergy and lay leaders have exploited the power and authority of religion for sexual purposes.


I grew up Baptist. Since childhood, I have been regaled with accounts of ministers from our denomination and others who have had affairs with female members of their congregations, have used religious conferences to scout out sexual partners, and have fathered children by the church women whose spiritual lives they were supposed to be guiding.


While Protestant congregations tend to be predominantly female, according to a 2008 Pew survey, even now an old-fashioned patriarchy often prevails that assigns most of the leadership roles to men, keeps women from pastoring anything other than the smallest churches and treats pastors like royalty. Surrounded by so many adoring fans, the temptation to abuse their power is great.


"It's just what happens when people who are in positions of authority misuse their power," says the Rev. Marie Fortune, founder of the Seattle-based Faith Trust Institute, which has been addressing issues of sexual abuse by clergy since it was founded in 1977. She says she has heard sexual abuse complaints from Christian denominations across the board, as well as from Jews, Muslims and Buddhists.


"We say it's never an affair if it's a relationship with someone who has social and spiritual power over another. It cannot be consensual, even if both persons are adults," she says.


Garland says the abuse typically involves a grooming process whereby the religious leader makes the woman feel special, points out her spiritual gifts, might engage with her in a joint religious mission, and "co-opts religious and spiritual language into an agenda designed to meet his own needs."


I recently spoke with a woman who recounted being groomed by her minister in this way. She described him as a charismatic man whose attention brought about a spiritual awakening in her and which culminated in a brief sexual relationship. She was ashamed when she learned he was working other women in the church simultaneously. I can just imagine Joseph Smith Jr., the founder of Mormonism, translating his personal sexual desires into a mandate from God that all Mormon men take plural wives. And I can just hear Rev. Bevel expounding on his duty to teach the science of marriage as he sexually abused his daughter.


I can think of no worse scam, no greater betrayal of one's religious beliefs, than to have the spiritual leaders to whom you have looked for guidance use the so-called teachings of the church to sexually exploit you.


Garland and Duke University sociology professor Mark Chaves are conducting a survey to determine the prevalence of clergy sexual abuse of adults, with the goal of helping congregations devise policies to prevent such abuse and to deal with it when it occurs. One way to prevent such abuse is to stop giving religious leaders so much power over us. We have to stop treating them as if they were God.


Sheryl McCarthy is Distinguished Lecturer in Journalism at Queens College of the City University of New York and a member of the board of contributors of USA Today. 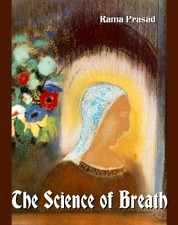