FORT WORTH, Texas, May 6 (UPI) -- A prison chaplain convicted of sexually abusing female inmates at a Fort Worth, Texas, medical center was sentenced to four years in prison Monday.

U.S. District Judge Terry Means sentenced Vincent Inametti, 48, a Catholic priest, to 48 months in prison on two counts of sexual abuse of a ward. He also is to pay a $3,000 fine. Inametti was immediately remanded into custody to begin serving his sentence.

Inametti, plead guilty to the charges, is a naturalized U.S. citizen who was ordained a priest in his native Nigeria, the U.S. Justice Department said in a news release.

The investigation revealed that in 2004 the priest was sexually involved with two inmates at the Federal Medical Center Carswell facility in Fort Worth who were serving federal sentences for drug distribution and conspiracy. Prosecutors said he became acquainted with one victim when she began attending church services, joined the choir and took part in Bible study classes at the facility 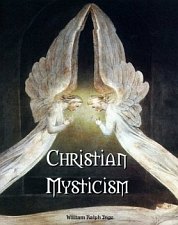