Iran on Monday rejected pressure to submit to intrusive nuclear inspections, claiming it is unfair to subject Iran to such pressure while Israel is outside the global treaty to curb atomic weapons.

"The existing double standard shall not be tolerated anymore by non-nuclear weapon states," Ambassador Ali Asghar Soltanieh told a meeting of the countries in the 190-nation Nuclear Nonproliferation Treaty.

He said nuclear armed countries such as the United States, France and Britain were practicing "nuclear apartheid" by clandestinely providing nuclear supplies to favored countries while denying or restricting peaceful nuclear technology to countries like Iran.

"Access of developing countries to peaceful nuclear materials and technologies has been continuously denied to the extent that they have had no choice than to acquire their requirements for peaceful uses of nuclear energy, including for medical and industrial applications, from open markets. This usually means the material provided is more expensive, poorer quality and less safe," Soltanieh said.

"Israel, with huge nuclear weapons activities, has not concluded" such an agreement or submitted its facilities to the IAEA's safeguards, he added.

"The path of defiance is also the path of isolation, of continuing and additional sanctions and of further stunted economic opportunities for a proud and sophisticated people already suffering from economic turmoil and mismanagement by its regime's leaders," said Christopher A. Ford, US special representative for nuclear nonproliferation.

Ford said Iran joined North Korea and Syria in weakening the nonproliferation treaty. He said North Korea's nuclear weapons program poses a threat to regional and global security, and cited US allegations that Syria "until several months ago was secretly constructing a nuclear reactor that we believe was not intended for peaceful purposes." 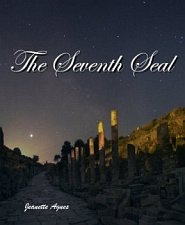