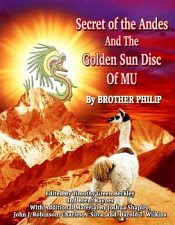 Records say Christians killed baby because he was a 'demon'

Christians concluded Javon Thompson was a “demon” after the baby wouldn’t say “amen” at mealtime and starved him to death, witnesses told homicide detectives, according to records obtained by The Examiner.


“The child was abused because Javon was noncompliant with the existing rules of the ‘cult,’ ” the records state. “The child was also viewed as a ‘demon.’ ”

Investigators believe 18-month-old Javon’s body was found last month in a suitcase in Philadelphia two years after his death.

The grandmother of Javon said the Maryland Department of Social Services failed to respond to several calls she made to warn it the baby might be in danger.

“They told me it’s not their job,” said the grandmother, Seeta Khadan-Newton, 59, of Baltimore. “They told me I need to get the proof and bring it to them.”

Khadan-Newton said she made at least three phone calls to state officials in 2006, warning them that One Mind Ministries had custody of the baby and her daughter, Ria Ramkissoon, who was 19.

“I called and called,” she said. “I felt like everything in me was gone. I loved that little boy. I tried so hard to get him away from that cult. Nobody would help.”

Phone calls to Social Services were not returned.

In late February, Baltimore and Philadelphia police searched a shed on the 700 block of S. 13th Street and recovered decomposing human remains inside a suitcase.

Police contacted Khadan-Newton and told her they believed the remains to be Javon, but are awaiting results of DNA testing for identification.

A witness told homicide detectives Javon was “beaten, physically abused [and] deprived of food and water, which led to the child’s death,” according to Khadan-Newton and records obtained by The Examiner.

Khadan-Newton said investigators told her cult members grew angry after Javon would not say “amen” at mealtime, even though the baby was just learning to say basic words.

A witness also told police Javon had grown so skinny he was a skeleton and that he died in December while his mother was holding him in her arms.

Two other witnesses told Philadelphia homicide detectives that they “witnessed the death of Javon,” who was placed inside a green suitcase.

After his death, Javon was placed on a mattress, on which cult members said God would resurrect him from the dead, documents state.

Cult members then took the child in a suitcase to Philadelphia, where they stored Javon’s dead body in a shed of an acquaintance, police said.

They have not been charged in Javon’s suspected death.

“I don’t want to be cruel, but I want them to feel pain 10 times more than my grandson did when he died,” Khadan-Newton said. “They have ruined my daughter’s life. Forever. They took away that little boy from us.”