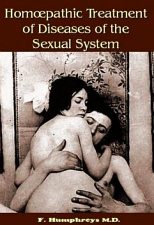 A priest who once served at Barksdale Air Force Base as a chaplain pleaded guilty Tuesday in Tucson, Ariz., to six counts of sexual abuse of a minor, the Tucson Citizen is reporting.

Gary Edward Underwood, who made his plea in Arizona, will be sentenced Aug. 4 by Pima County Superior Court Judge Richard Nichols. He is free on bond awaiting sentencing.

Underwood, 53, who had been a major in the Air Force and Barksdale's senior Catholic chaplain since 2005, first was indicted in 2006 on charges of molesting two boys and was indicted on similar charges involving another boy last year. His guilty plea covers all three instances.

Underwood was shifted from religious duties to an office slot under the staff director at 2nd Bomb Wing pending resolution of the legal proceedings, base officials said at the time of the first indictment.

Underwood was relieved of religious duties in early August after a visit by Auxiliary Bishop Richard B. Higgins, of the Archdiocese for the Military Services. Higgins also briefed the Catholic Diocese of Shreveport of the allegations against Underwood.

"No allegations have been made stemming from Father Underwood's time here," said then-Bishop William B. Friend, who stressed that Underwood never appeared on the local diocese's clergy roster.

"The clergy from within our diocese have been very responsive in stepping in to provide needed ministry to what has historically been a vibrant and active faith community on base."

Underwood never will serve in the ministry again, the Roman Catholic Diocese of Tucson announced.

He "will not return to active service as a priest," Bishop Gerald F. Kicanas said in a statement.

Kicanas urged anyone who thinks he might have been abused by Underwood or any other priest to call the diocese's Victim Assistance Program, (520) 623-0344, for counseling.

The diocese reported Underwood's suspected crimes to the police after learning of complaints against him. Underwood had been facing 12 sex-related charges involving three boys, court records show.

Underwood, ordained in 1980, served at Tucson's St. Odilia Catholic Church in the mid-1980s, then joined the military.

The Tucson diocese filed for bankruptcy in 2004 after lawsuits were filed over the sexual misconduct allegations. The next year, the diocese agreed to pay $22.3 million to more than 50 victims of sexual abuse by priests. 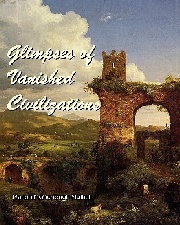