More Evidence Christianity is a Farce

It was believed prayer and counseling could cure sexual attraction to children.


Catholic sex abuse crisis far from over in Vermont diocese

Many Roman Catholics believe that the worst of the clergy sex-abuse scandal is over. But in the Diocese of Burlington, it's deepening.

The case of one cleric, assigned to Vermont parishes in the 1970s despite warnings from an Indiana bishop that the priest was suspected of molesting boys, is battering the local church.

Last month, a former altar boy who said the Rev. Edward Paquette molested him repeatedly three decades ago won an $8.7 million jury verdict in a negligence lawsuit against the diocese.

Attorneys for the diocese said they have insurance that could cover part of the $8.7 million payout, but they couldn't find their copy of the policy and had sued the insurer to get it.

To make certain that the settlement is paid, a judge put a $10.2 million lien on the diocese's central offices. An appeal is pending. But even if the verdict is overturned, 16 more people who said Paquette molested them in Vermont have filed their own claims.

It's an expense the Vermont church will have to scramble to avoid.

Paquette is not known to have faced criminal charges, but he acknowledged in a 2006 deposition that he was "sexually involved" with boys while in parishes in Massachusetts, Indiana and Vermont. That deposition was for a negligence claim brought by a former Vermont altar boy who reached a near $1 million settlement with the Burlington Diocese.

THe diocese, which serves all of the state's 148,000 Catholics, put its individual parishes under charitable trusts two years ago to shield them from what Burlington Bishop Salvatore Matano called "unbridled, unjust and terribly unreasonable assault."

Matano is considering selling property — including a Lake Champlain site that has been used for more than 20 years as a summer camp for children with cancer.

The accuser's attorney in the recent jury trial, Jerome O'Neill, called it a publicity stunt used to generate sympathy for the diocese. He contended that the church was considering selling Camp Holy Cross before the recent verdict.

Zech said the diocese should have sought bankruptcy protection, as six other American dioceses did in response to multimillion-dollar abuse claims. But Tom McCormick, a lawyer who represents the diocese, said church officials would only file for Chapter 11 as a last resort.

Beyond money, parishioners' trust in the diocese is at stake.

Church officials have defended their handling of abuse claims in the 1970s, saying that at the time, it was believed prayer and counseling could cure sexual attraction to children.

Matano declined to be interviewed.

He told Vermont Catholics in a letter read at Mass on May 18 that he hoped that the "needed ministries will continue uninterrupted and parishes remain unaffected by a burden that does not belong to them."

O'Neill said that the diocese had more than enough resources to fund the settlements, including $42 million worth of property in Burlington alone.

"It's payment of a past-due debt, ever since Bishop Marshall and other parts of this diocese permitted those priests to abuse boys," O'Neill said.

But Zech said that if the diocese sells its real estate to fund the settlements "they might as well cease to exist." 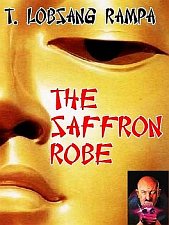