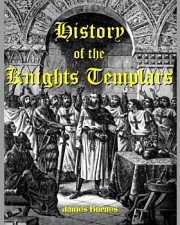 Christianity Today: Suffer the Little Children - at the hands of Christ's Servants

by Melissa A. Chadwick

Child abuse charges have been filed against a former priest at Mother Seton Parish in Germantown, five years after a former altar boy reported the alleged sexual abuse to county police.

The Rev. Aaron Joseph Cote, 56, of the 100 block of East 65th Street in New York City, was released on $250,000 bail on July 2, one day after he turned himself in to Montgomery County Police. He was charged with custodian child abuse, according to charging documents filed in Montgomery County District Court.
Cote and the Catholic religious order to which he belongs reached a $1.2 million settlement in August with the former altar boy, now 21. The settlement included no admission of wrongdoing.

A representative of the Order of Dominicans in New York had no comment on the police charges.

The altar boy, Brandon Rains, accused Cote of sexually abusing him from 2001 to 2002, when he was 14 and 15 years old, at locations in Germantown and Washington, D.C., Cote is only charged with abuse that occurred in Germantown, according to the charging documents. County police are sharing information with police in the District, said county police spokeswoman Lucille Baur.

‘‘I wouldn’t call it a happy thing,” Rains’ stepfather Joe McMorrow said of the police charges. ‘‘There is a little bit of vindication. There is a public thing that provides some validation that this is a legitimate thing and it’s credible.”

Rains and his family reported the alleged abuse to county police in 2003 and filed their lawsuit in 2005 after they were dissatisfied with the police investigation. Rains, who was in a Florida drug and alcohol treatment center when he first told his parents of the abuse, talked with police by phone but did not meet with them until March 2004.

Documents filed in the lawsuit indicate that the Dominicans had records from church officials and parents suspicious of Cote’s relationship with children and possible abuse. Those reports date to the 1980s, when Cote was a pastor in Ohio.

Cote was assigned as an associate pastor and youth minister at Mother Seton from 1999 to 2002.

After Rains’ allegations were made in 2003, the Dominican order sent Cote for psychological evaluation, conducted an investigation and cleared him of any wrongdoing, church officials have said.

Cote then was assigned a position as youth minister and associate pastor at a Providence, R.I., church. When Rains went public and filed the lawsuit, Cote was placed on administrative leave from the church. Cote also served at St. Jane Frances de Chantal Catholic Church in Bethesda from 1997 to 1999.

Before Cote was accepted for ministry in the Archdiocese of Washington, officials there ‘‘sought and received written certification from the provincial superior of the Dominican Order that Cote was of good character and reputation and there was nothing in Cote’s background that would render him unsuitable to work with children in the archdiocese,” according to a statement last week from the Archdiocese.

In April, a Massachusetts family filed a lawsuit in New York State Supreme Court, New York County, alleging that Cote molested two preschool boys in 2003. The lawsuit names Cote and the Order of Dominican Fathers and Brothers in New York City as defendants. The boys, who were ages 2 and 4 when the alleged abuse began, told their mother about the incidents in 2006, while the Germantown lawsuit was in court.

Rains’ attorney said in 2007 that there were ‘‘10 different reports of sexual misconduct and abuse” against Cote from people in 10 different parishes in six states over 20 years.

At the Ohio church years ago, some parishioners were concerned that Cote was having pizza parties and sleepovers with youth members, according to a court deposition provided to The Gazette by Rains’ attorneys last year.

‘‘We were concerned because we just thought it was strange that it always included the young boys and it didn’t include the girls of the parish,” one witness said in a sworn deposition taken as part of the Rains lawsuit. 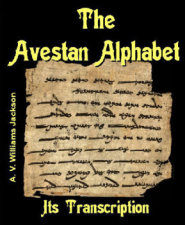