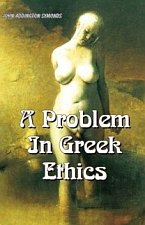 Christianity Today: Children on their Knees but not in Prayer!

An altar boy who served at Loveland's St. John the Evangelist Church in 1969 and 1970 has filed the latest in a series of lawsuits against the Catholic Archdiocese of Denver that concern former priest Harold Robert White.

The lawsuit claims church officials knew White molested several children and shuffled him to various parishes before he arrived at the Loveland church in 1968 from Sterling.

The lawsuit states the archdiocese received "another report" of misconduct with children from St. Anthony's Parish in Sterling.

Then, the lawsuit states, White was "quietly" moved to the Loveland parish, where he allegedly molested the plaintiff, who remained anonymous.

White has since died. He did not serve as a priest or associate from 1993 until his death.

The victims advocate group Survivors Network of those Abused by Priests, also known as SNAP, announced the lawsuit during a Tuesday press conference outside the Cathedral Basilica of the Immaculate Conception in Denver.

The lawsuit seeks 11 claims for relief, including fraud, negligence and conspiracy.

The Archdiocese of Denver has not seen the latest lawsuit, spokeswoman Jeanette DeMelo said.

"As we've said repeatedly, we take seriously every allegation of sexual abuse of a minor involving clergy or an employee of the Archdiocese of Denver," she said in a statement.

SNAP claims White molested at least six children in Loveland between 1968 and 1970, while more than 20 men and women statewide have accused White of abuse.

On July 1, the Catholic Archdiocese of Denver settled 18 claims of abuse, many connected to White, worth $5.5 million.

As part of that settlement, the archdiocese released a portion of White's file, which showed reported allegations of abuse during his 33 years in 11 parishes, but none after 1981.

In one instance, Tom Koldeway said White first abused him when White was a pastor at St. Patrick's in Minturn around 1970.

The abuse continued until Koldeway was about 17 or 18 years old, he said.

Years later, Koldeway learned that his brother also was abused by White.

Archbishop Charles J. Chaput acknowledged the churches' handling of White and said in a statement that decisions made at the time would not satisfy current archdiocesan policies.

Main Article Page
Christianity Today: Children on their Knees but not in Prayer!
http://www.hiddenmysteries.net/newz/article.php/20080717093103223