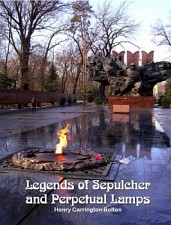 Christianity Today: Nothing But Preyers In the Pulpit, Preying on the Children

Twenty-two priests assigned to dozens of Diocese of Davenport parishes abused more than 150 children beginning in the 1940s, according to additional information released Friday by the diocese about their credibly accused clergy.

Two members of the order of Franciscan Brothers of Christ the King also are accused of abusing two people — one teen and one young man in their order. The order no longer is recognized by the Catholic church.

Sixty parishes are on the list of assignments for the accused. Twenty-one of those parishes have closed or consolidated. The diocese now has 83 parishes.

Four of the priests — James Janssen, William Wiebler, Francis Bass and Thomas Feeney — account for nearly 100 of the claims. The remaining 20 have between one and six claims against them.

Sixteen of the accused are dead. Four have been defrocked. One was ordered by the Vatican to a “life of prayer and penance.”

More credibly accused may be named later this year, officials have said.

The additional information — including the church assignments, number of claims, earliest abuse and date of death — comes after victims and their advocates questioned why the diocese did not release more information with the initial list earlier this month. The list is a requirement of the diocese’s bankruptcy settlement.

Mike Uhde, who was the co-chairman of the committee representing victims in the diocese’s bankruptcy, said the list and its information is still not complete.

Six priests who have been publicly accused are not on the list, he said. They are:

* Now-retired Bishop Lawrence Soens, who is accused mostly of sexually abusing students while he was principal at Regina High School in Iowa City.

* Drake Shafer, the diocese’s former vicar general, who was accused of abusing a child in the 1970s.

* The Rev. Gerald Stouvenal, an active priest suspended in July because of claims made in the diocese’s bankruptcy. The diocese has asked that he be defrocked.

* Richard Poster, who was convicted of possession of child pornography.

Uhde believes some of the priests have more claims of abuse. He also questioned the completeness of the parish assignment lists. Specifically, he noted that Carl Meinberg was president of St. Ambrose College but was not listed as such by the diocese Friday. The diocese noted that “other assignments” were not included in the information.

Craig Levien, an attorney for several of the victims, urged the diocese to reveal where the living credibly accused abusers live.

And Terence McKiernan, who leads an organization called Bishop Accountability, said the additional information was a step in the right direction. However, because of the priests not on the list and because only parish assignments are given, “it gives only a partial sense of the magnitude.”

He added: “Why oh why oh why wasn’t it provided sooner?”

The diocese filed for bankruptcy in October 2006 after it lost its first civil sex abuse trial. The diocese, its insurance company and the creditors committee agreed to a $37 million settlement, with the stipulation that all Catholic entities in the diocese were to be released from liability just as the diocese will be released once the bankruptcy process is completed.

The plan also includes a detailed matrix that assigns a dollar amount to the 164 bankruptcy claimants based on the severity of abuse suffered at the hands of clergy. Claimants are allowed to take the bankruptcy settlement trustee to court if they do not wish to be paid on the basis of the matrix. The plan also lays out 18 nonmonetary agreements the diocese made with the claimants.

All told, sex abuse cases in the Diocese of Davenport have cost the diocese and its insurer at least $47 million. That number includes the settlement and $10 million paid to 45 victims before the diocese filed for bankruptcy. 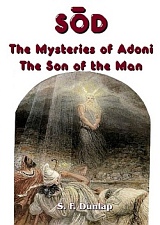 Main Article Page
Christianity Today: Nothing But Preyers In the Pulpit, Preying on the Children
http://www.hiddenmysteries.net/newz/article.php/20080721103846645