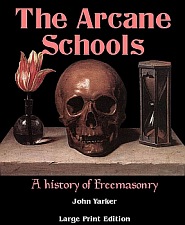 former Roman Catholic bishop told a Cornwall, Ont., sexual abuse inquiry Wednesday that he knowingly recruited a priest who had left a New York state parish after an “affair with boys.”

Eugene LaRocque said he secured Rev. Carl Stone a position ministering at two facilities in the Cornwall area in 1981 on the condition he never be alone around children.

“I was trying to take every precaution, to give this man a chance,” said LaRocque, 81.

“I was also trying to be as prudent as possible so he wouldn’t do any harm to the people of our diocese.”

LaRocque was bishop of the Alexandria-Cornwall Roman Catholic Diocese from 1975 until 2002.


He told the inquiry — which is exploring how institutions like the diocese dealt with historical sexual abuse allegations — that he hired Stone on the recommendation of Rev. Gary Ostler, a Cornwall priest who knew Stone from his youth.

Stone had been with a diocese in Albany, N.Y., for the previous 11 years.

In his notes from November 1981, LaRocque wrote that Stone had been asked to leave after an “affair with boys.”

Those events led to criminal charges, and Stone — who was applying for Canadian citizenship — was on probation when he joined the local diocese. LaRocque said he also knew there were allegations made against Stone when he was with the Ogdensburg, N.Y., diocese decades earlier.

Stone was responsible for celebrating mass each morning, visiting with new patients, and anointing the sick and dying.

The job was conditional on Stone never being alone in a room or car with young people, said LaRocque.

By October 1982, Stone’s permit to stay in Canada had almost expired.

“I firmly believe Father Stone has sought help for the problem, is responding well to treatment, and should be allowed to stay in this country,” LaRocque wrote.

“He is doing excellent work at Saint Joseph Villa (sic) and at Mount Carmel House.”

After a meeting that December between LaRocque and former federal immigration minister Lloyd Axworthy, Stone was granted a minister’s permit to remain in the country provided that he stay away from young people and undergo therapy.

The minister’s permit required LaRocque to be “personally responsible” for Stone — a condition the former bishop approved of.

“I was satisfied that things were working out under the setup we’d had since he arrived in the diocese,” LaRocque said.

In 1985, immigration officials told the diocese it was unlikely Stone’s permit would be renewed, and Stone would have to leave Canada by January 1986.

At first, LaRocque promised he would “take every measure possible” to ensure that Stone could stay in the country.

But that June, LaRocque learned of new allegations against Stone: over the past six months, he had been inviting young men between the ages of 17 and 21 to his room at St. Joseph’s Villa.

After confirming the allegations with villa officials and the youths, LaRocque sent Stone a letter telling him he was being fired.

“Since you know how far I went to obtain permission for you to remain in Canada, I feel a tremendous ’let-down,”’ LaRocque wrote.

“From the time that you read this letter, you no longer have the faculties of this diocese.”

Lead commission counsel Peter Engelmann suggested it was “unusual” that a bishop would go to such lengths to protect a priest from being deported.

“I’m wondering why you were trying so hard to give him that chance,” said Engelmann.

“Because one of my very best priests (Rev. Ostler) was asking me to do so,” LaRocque replied.

One witness, Fernand Vivarais, testified at the long-running inquiry last October that he was sexually assaulted by Stone in the late 1950s, when Stone was at St. John Bosco parish in Cornwall.

Stone died in 2006 at the age of 90. The inquiry is set to resume Thursday morning.