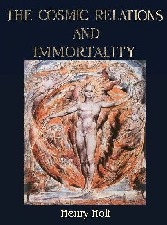 Catholics call it a public obscenity (but a human Jesus tortured on a cross is ok).

(Screw the Christians.. this is funny!)

Pope Benedict XVI's summer break at a seminary in the mountains of northern Italy has led to demands for the removal of a "provocative" sculpture of a crucified frog on show in a nearby museum.

Local Catholics have complained to the police that the work by the German artist Martin Kippenberger, on show at the Bolzano Museum of Modern Art, is a "public obscenity". It depicts a bright green frog with its tongue hanging out, nailed to a cross, with a beer mug in one outstretched hand and an egg in the other.

Pope Benedict began his summer break this week near Bolzano at Bressanone (Brixen) in the mountains of Trentino-Alto Adige, also known as South Tyro, which was part of Austria until Italy gained it after the First World War.

The Pope, who recently returned from Australia and is to visit Lourdes in September, greeted hundreds of well-wishers in both Italian and his native German at the Bressanone seminary. The pontiff used both names for the town, saying in his German remarks: “I am very happy to be back with you in Brixen, which holds so many happy memories for me.” He visited the seminary ten times as a cardinal.

It is not known whether the pontiff plans to visit Bolzano and the art museum. However Monsignor Wilhelm Egger, Bishop of Bolzano and Bressanone, revealed that he had discussed the sculpture with the Pope. He declined to say how the pontiff had reacted.

The Union for South Tyrol, a separatist group, said it had collected 10,000 signatures for a petition demanding the removal of the crucified frog. Franz Pahl, the president of Trentino-Alto Adige regional council, has gone on hunger strike in protest over the exhibit.

Luis Durnwalder, the head of the local province, said he supported contemporary art, but not "pure provocation ... The principles of respect for popular feeling and of artistic freedom have to find a reciprocal tolerance through good will and with understanding from both sides."

Under pressure from Bishop Egger the museum curators have moved the frog from the museum entrance to the third floor, but have so far refused to remove it altogether. They said the work was not an attack on Christianity but rather a reflection of the artist's “state of profound crisis” at the time.

Two years ago the Bolzano museum hit the headlines by displaying a work of art consisting of a toilet flushing to the accompaniment of Italy's national anthem.

Pope Benedict will lead Angelus prayers at the local cathedral and is to be made an honorary citizen of Bressanone before returning on August 11 to Castelgandolfo, the papal summer residence in the Alban Hills south of Rome.

He is accompanied at Bressanone by his brother, Father Georg Ratzinger, who shares the Pope's love of music. A grand piano has been installed at the seminary, which was founded in the eleventh century.

The Vatican said the Pope would read, play music and enjoy strolls in the mountains. Last year he chose Lorenzago di Cadore, near Belluno in the Veneto for his summer break, after two consecutive years spent at a chalet in Les Combes, Valle D'Aosta.

While at Bressanone he is expected to work on his next encyclical, on social issues and globalisation, and on the second part of his study Jesus of Nazareth, the first volume of which is a global bestseller. The seminary has been vacated for his stay, but the pontiff, who is known to like cats, will have the company of Milly, the seminary's black cat.

Milly is cared for by Maria Pieta, the Mother Superior, who is staying on at the seminary together with the rector, Father Ivo Muser, during the Pope's holiday. The rector told Corriere della Sera that the Pope liked to have Milly at his side while reading and "dedicates a few moments to her every day, stroking her head". 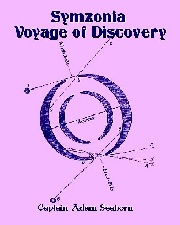