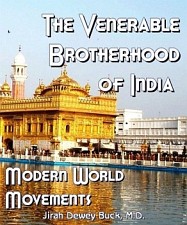 Battling creationists will not fix science education. Teaching science will.

The great Harvard biologist Richard Lewontin once wrote -- or, rather, sighed -- that "creationism is an American institution."

As an institution, creationism has crossed social strata as easily as it crosses decades. Despite all that science and secularism can do to explain it away, the crusade against evolution -- the foundation of modern biology -- is as intransigent, and strangely modern in its anti-modernism, as ever. The actor-author-documentarian-presidential speechwriter Ben Stein, with his movie Expelled, has become only the latest in the long line of its media-savvy critics. Today, around half of all Americans prefer creationism, in some form, to the scientific consensus.

Few know this better than Lauri Lebo, author of The Devil in Dover: An Insider's Story of Dogma v. Darwin in Small-Town America. When the trial over intelligent design theory in Dover, Pennsylvania, caught the attention of the world, Lebo was the lead local reporter covering the case. For her, the controversy was personal as well as professional; as the trial unfolded, she struggled to come to terms with the impending death of her Pentacostal father, desperate for assurance that he would see her in the creationist-only hereafter. In The Devil in Dover, Lebo combines the dramas of family and courtroom into an engrossing story, trading illusions of journalistic objectivity for hard-won personal truths.

The Dover trial followed in the footsteps of its notorious predecessor, the famed Scopes "Monkey Trial" of 1925 in Dayton, Tennessee. Like Dover, Dayton was a set-up, orchestrated by money and interests from far away. The ACLU backed Clarence Darrow, the great freethinking lawyer, against the towering populist politician William Jennings Bryan, who fought, literally, to his death -- he died, exhausted and disgraced, a week after the trial ended. All of it was immortalized by H.L. Mencken of the Baltimore Sun, one of the foremost journalists of his generation. Since then, evolution trials have become a kind of national pastime, with a big one occurring every few decades and smaller ones even more often than that: Arkansas in 1968, the Supreme Court in 1987, and Georgia in 2004, to name a few.

By 2004, members of Dover's school board began working with the Thomas More Law Center, an organization of conservative Christian lawyers ("the sword and shield for people of faith"), to insert alternatives to evolution in the high school biology curriculum. They were joined by the Discovery Institute, a Seattle-based group that formed following the 1987 Supreme Court decision against teaching "creation science" in public schools. It has aggressively promoted the theory of "intelligent design," seemingly an even more scientific creationism, which was specifically designed to slip past the Establishment Clause of the First Amendment. When word got out about the school board's plans, the ACLU came to Dover looking to stop intelligent design in its tracks.

Dover held its own as courtroom theater. While on the stand, biologist and devout Catholic Ken Miller gave a slideshow that turned Judge John E. Jones III (and Lebo) into transfixed college kids. The defendant school board members bore witness to their Christian faith in the face of humiliation, disgrace, and finally, a lost election. Plaintiff Cyndi Sneath, despite having "no big degrees," pleaded against the indoctrination of her children. Richard Thompson, the lead lawyer from Thomas More, preached a fiery "revolution in evolution" to the press outside the courtroom, while nearly dozing off in court. As in 1925, there were really two trials going on: one carried out in a court of law, and one blasted around the world by camped-out news correspondents.

The Devil in Dover details the demise of the school board's case unforgivingly. Nearly from the start, Lebo insists, board members lied about their intentions for introducing intelligent design. Before the lawyers taught them more secular-sounding language, they spoke openly about creationism and Christianity at meetings. "Two thousand years ago someone died on a cross," one challenged. "Won't somebody stand up for him?" Though these remarks were recorded by cameras and newspapers, the board members claimed to have never said them, in order to meet the legal requirement for "secular purpose."

Early on, seeing how the case would go, the Discovery Institute withdrew its support. The board members pressed on, intent on carrying out their religious duty against the demonic religion of Darwinism. Bearing witness in this way, even in hopeless causes, became a badge of merit; worldly defeat could still mean spiritual victory. In her tender portraits, Lebo reveals how creationism fits into the fabric of faith in these men's lives -- the same faith that carries them through personal illness and the "war on terror." After 9/11, Dover parents petitioned to bring back prayer in schools, and six months later, a mural in the high school depicting evolution was destroyed by a janitor. Clearly, the heart of the matter is about more than scientific doctrines. In court, the board members couldn't even summarize the central claims of the intelligent design theory.

Judge Jones's verdict, filed just before the close of 2005, was damning both for the Dover school board and for intelligent design as a whole. "ID is not science," he ruled, and therefore has no place in science classes. Despite the board's hopes that the George W. Bush-appointed judge would be sympathetic to their values, in his verdict he recognized the whole thing as "breathtaking inanity" meant to sneak around the law.

In Lebo's narrative, the court's decision is a triumphant moment. It brings the board members' outright deception, which included painful accusations against her fellow reporters, to justice. She asks again and again how these Christians can blithely ignore the Ninth Commanement and bear such false witness. She asks her father too, and the question erodes what Christian faith she was once able to feign for him.

"I now had a story that didn't just parrot the two sides," she writes. "I could write the truth." To the dismay of the editors at her paper in a largely fundamentalist town, Lebo's dispatches shed the pretense of "equal treatment" for evolution and creationism. She joined in the defamation of intelligent design and celebrated its banishment from ninth grade science class.

Time to Change the Subject

Creationists often cast their plight as a fight against censorship -- being unfairly silenced for simply exploring the scientific possibility that God had a hand in making us. In such debates, the First Amendment see-saws back and forth between two dictates: free speech and the disestablishment of religion. They are the political and legal engines that have kept the evolution controversies going all these decades. And they promise a future of even more intransigence.

The pro-evolution science establishment wants to protect the methodology and public support that have allowed it to learn so much already and poise it for endless more. Secularists want to protect the American legal tradition that keeps church and state comfortably separate. Religious fundamentalists want to bear witness to the created truth of God before the invented truths of people, winning even as they lose. Together they are a recipe for endlessness. Lebo's characters, one by one, come to realize the futility of trying to convince each other. In a recent interview with AlterNet, she confessed, "I don't know where the common ground is."

If anywhere, the common ground seems to lie in the tradition of debate itself. That, at least, all the partisans share, and all know their place in it. With their separate roles carved out and well-established, it could go on forever, with a modicum of court-enforced sportsmanship keeping things from getting out of hand.

To move beyond this hallowed American quagmire, it will become necessary to change the subject. Evolution's biggest gains in public schools happened in the late 1950s, free from courtroom drama. When Russia scared the United States half to death by launching the Sputnik satellite into space, everyone agreed that there was no time for funny business. We couldn't risk getting behind the Reds in science education. The Biological Sciences Curriculum Study was launched and generously funded, setting forth a scientist-approved, evolution-based curriculum that schools eagerly adopted. In the spirit of nationalism, Christians began folding evolution snugly into their faith, at least until the young-earth creationist Henry Morris called them back to task in the sixties and seventies.

Despite its theatrical appeal, battling creationists will not fix science education. Teaching science will -- with high standards, qualified teachers, and access to lab equipment. If it is necessary to point out how abysmally American students fare compared to those in other countries, so be it. School board members comfortable with and interested in science themselves would see little need for theological distractions. But as a portrait of our present folly, The Devil in Dover paints a national pastime in living, local color. The note Lebo ends on, for good reason, is impassioned stalemate. 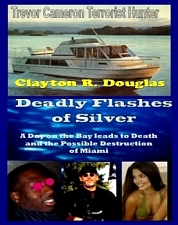