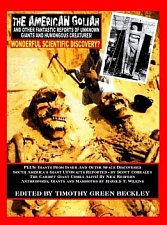 With a crisis of Cold War proportions brewing, President Bush is demanding that Russia withdraw its troops from the former Soviet republic of Georgia, agree to an immediate cease-fire and abandon any thought it might have about toppling the country's pro-Western government.

"Russia has invaded a sovereign neighboring state and threatens a democratic government elected by its people. Such an action is unacceptable in the 21st century," Bush said from the White House on Monday just an hour after he returned to Washington from attending the Olympics in China.

In his strongest comments since the fighting erupted over Georgia's separatist South Ossetia region last week, Bush told Russia to end a "dramatic and brutal escalation" of violence in Georgia and accept international mediation to end the crisis, as Georgian leaders have.

"The Russian government must reverse the course it appears to be on and accept this peace agreement as a first step toward solving this conflict," the president said. He added that he is deeply concerned that Russia, which Georgian officials say has effectively split their country in two, might bomb the civilian airport in the capital of Tbilisi and take the city.

(Like BUSH bombed the civilian airport at Baghdad? and TOOK THE CITY!)

Bush said Russia's escalation had "raised serious questions about its intentions in Georgia and the region" and had "substantially damaged Russia's standing in the world."

A senior U.S. official said the United States and its allies suspected Russia had been planning an invasion for some time and deliberately instigated the conflict through attacks on Georgian villages by pro-Russian forces in South Ossetia despite outwardly appealing for calm and promising to rein in the separatists.

The official, who spoke on condition of anonymity to discuss internal Bush administration deliberations, said there were numerous "unpleasant precedents" for the current situation, including the 1979 Soviet invasion of Afghanistan and the 1968 Soviet invasion of Czechoslovakia.

Despite the tough talk in Washington, there was no specific threat of any consequences Russia might face if it ignores the warnings. American officials said they were working with U.S. allies in Europe and elsewhere, as well as with the Russians, to defuse the crisis.

Earlier Monday, the United States and the world's six other largest economic powers issued a call similar to Bush's for Russia to accept a truce and agree to mediation as conditions deteriorated and Russian troops continued their advances into Georgian territory.

(Who is the reporter trying to convince with this lie? Russia IS the most viable largest economic power! Not the USA that BUSH has put 100 trillion $ into debt!)

Secretary of State Condoleezza Rice and her colleagues from the Group of Seven (Ministry of Evil) leading industrialized nations pledged their support for a negotiated solution to the conflict that has been raging since Friday, the State Department said.

"We want to see the Russians stand down," deputy State Department spokesman Robert Wood told reporters. "What we're calling on is for Russia to stop its aggression."

(I bet IRAQ would like to see BUSH stand down and get the hell out of their sovereign country that BUSH invaded without justification too?)

Rice and the foreign ministers of Britain, Canada, France, Germany, Italy and Japan spoke in a conference call, during which they noted that Georgia had agreed to a cease-fire and wanted to see Russia sign on immediately, Wood said.

The G-7 diplomats called on Russia to respect Georgia's borders and expressed deep concern for civilian casualties. Urgent consultations at the United Nations and NATO were expected, according to Wood.

Wood said the United States was hopeful that the U.N. Security Council would pass a strong resolution on the fighting that called for an end to attacks on both sides as well as mediation, but prospects for such a statement were dim given that Russia wields veto power on the 15-member body.

A senior U.S. diplomat, Matthew Bryza, is now in Tbilisi and is working with Georgian and European officials on ways to calm the situation.

Meanwhile, the State Department said it has evacuated more than 170 American citizens from Georgia. Wood said two convoys carrying the Americans, along with family members of U.S. diplomats based in Georgia, left Tbilisi on Sunday and Monday for neighboring Armenia.

The U.S. Embassy in Georgia has distributed an initial contribution of $250,000 in humanitarian relief to victims of the fighting and is providing emergency equipment to people in need, although those supplies would have run out Monday, the department said.

The Pentagon said it had finished flying some 2,000 Georgian troops back home from Iraq on C-17 aircraft at Georgia's request.

It said it had informed the Russians about the flights before they began in order to avoid any mishaps, but Russian Prime Minister Vladimir Putin harshly criticized the step, saying it would hamper efforts to resolve the situation by reinforcing Georgian assets in a "conflict zone."

Wood rejected the criticism, saying, "We're not assisting in any conflict."

(huh? then what the hell is going on in Afghanistan and Iraq -- BUSH is assisting in confilct, and he is assisting Israel in escalating conflict with Iran, another sovereign nation)

Defense Department spokesman Bryan Whitman said the U.S. flew the Georgians out of Iraq as part of a prior agreement that transport would be provided in case of an emergency.

Pentagon officials said Monday that U.S. military was assessing the fighting every day to determine whether U.S. trainers, who number less than 100, should be pulled out of the country.

There had been about 130 trainers, including a few dozen civilian contractors, but the civilians had been scheduled to rotate out of the country and did so over the weekend, Whitman said. The remaining uniformed trainers were moved over the weekend to what officials believe is a safer location, he said.


(Let's think about this... Russia and allies Iran and Venezuela, sanction the USA and Europe and Japan -- NO OIL shipments, NO GAS shipments, NO NATURAL GAS.. to these nations - sounds like a good comeback to me! Hello China, want some cheap oil?)