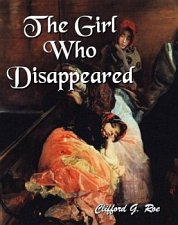 It’s touching how American neoconservatives who have no regard for international law when they want to invade some troublesome country have developed a sudden reverence for national sovereignty.

Apparently, context is everything. So, the United States attacking Grenada or Nicaragua or Panama or Iraq or Serbia is justified even if the reasons sometimes don’t hold water or don’t hold up before the United Nations, The Hague or other institutions of international law.

However, when Russia attacks Georgia in a border dispute over Georgia’s determination to throttle secession movements in two semi-autonomous regions, everyone must agree that Georgia’s sovereignty is sacrosanct and Russia must be condemned.

U.S. newspapers, such as the New York Times, see nothing risible about publishing a statement from President George W. Bush declaring that "Georgia is a sovereign nation and its territorial integrity must be respected."

No one points out that Bush should have zero standing enunciating such a principle. Iraq also was a sovereign nation, but Bush invaded it under false pretenses, demolished its army, overthrew its government and then conducted a lengthy military occupation resulting in hundreds of thousands of deaths.

The invasion of Iraq also wasn’t a spur of the moment decision. In the months after the 9/11 attacks, Bush proclaimed an exceptional right of the United States to invade any country that might become a threat to American security or to U.S. global dominance. [For details, see Consortiumnews.com’s "Bush’s Grim Vision" or see our book, Neck Deep]

The neocons’ contempt for international law goes back even further – to the 1980s and the illegal contra war against Nicaragua and the invasion of Panama. Only in the last few days have the neocons discovered an appreciation for multilateral institutions and the principles of non-intervention.

Despite this history, leading U.S. newspapers don’t see hypocrisy. Instead, they have thrown open their pages to prominent neocons and other advocates of U.S.-led invasions so these thinkers now can denounce Russia while not mentioning any contradictions.

On Monday, the Washington Post’s neoconservative editorial writers published their own editorial excoriating Russia, along with two op-eds, one by neocon theorist Robert Kagan and another co-authored by Bill Clinton’s ambassador to the United Nations, Richard Holbrooke.

All three – the Post editorial board, Kagan and Holbrooke – were gung-ho for invading Iraq, but now find the idea of Russia attacking the sovereign nation of Georgia inexcusable, even if Georgia’s leaders in Tblisi may have provoked the conflict with an offensive against separatists in South Ossetia along the Russian border.

"Whatever mistakes Tblisi has made, they cannot justify Russia’s actions," Holbrooke and his co-author Ronald D. Asmus wrote. "Moscow has invaded a neighbor, an illegal act of aggression that violates the U.N. Charter and fundamental principles of cooperation and security in Europe."

And to top matters off, the authors accused Russia of breaking an even older international covenant: "Beginning a well-planned war … as the Olympics were opening violates the ancient tradition of a truce to conflict during the Games."

The New York Times ran an op-ed by neocon columnist William Kristol, who also condemned Russia’s aggression without indicating any remorse for his own enthusiasm for U.S. invasions of countries that Washington didn’t like.

While major U.S. news outlets may be comfortable wearing blinders that let them see only wrongdoing by others, the rest of the world views the outrage from Bush and the neocons over Russia as a stunning double standard.

This larger problem is that the Bush administration – along with its neocon allies and many establishment Democrats – have lost any credibility with the world community when it comes to invoking international law.

Bush has applied these legal principles a la carte for years (for instance, ignoring the Geneva Conventions when he chooses), and many longer-serving U.S. officials have viewed events through the lens of American exceptionalism for decades.

For instance, even as the Reagan administration condemned terrorism in the 1980s, it secretly armed the Nicaraguan contras who engaged in acts of terrorism inside Nicaragua. In 1990, when President George H.W. Bush denounced Iraq’s invasion of Kuwait, everyone conveniently forgot that he had invaded Panama in 1989.

It has been as if the rules moved on separate tracks, one set for the United States and one set for everyone else – and it was impolite to notice.

Since the invasion of Iraq in 2003, however, it has become harder to ignore Washington’s double standards. Also, after the five-plus-year fiasco in Iraq, the Bush administration must confront both the limitations on its own imperial reach and the fact that it has done grave damage to the protocols of international behavior.

As Russia is now demonstrating in its conflict with Georgia, other big powers may want to play by the same do-as-I-say-not-as-I-do rules laid down by the United States.

It is a case of Washington, Bush and the neocons reaping what they have sown.

Robert Parry broke many of the Iran-Contra stories in the 1980s for the Associated Press and Newsweek. His latest book, Neck Deep: The Disastrous Presidency of George W. Bush, was written with two of his sons, Sam and Nat, and can be ordered at neckdeepbook.com. His two previous books, Secrecy & Privilege: The Rise of the Bush Dynasty from Watergate to Iraq and Lost History: Contras, Cocaine, the Press & 'Project Truth' are also available there.