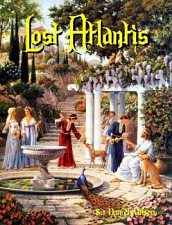 The sheer hypocrisy of Bush and Rice

Were it not for the unadulterated arrogance of George W. Bush and Condoleeza Rice, their sheer hypocrisy would be laughable, yet due to their brazen instrusiveness and insolence, their very presence rankles, their words grate in the ears. Their messages cannot go unanswered.

Here we have a George W. Bush and a Conzoleeza Rice, with expressions of total preoccupation on their faces (are they worried about the implication of US military advisors in the act of butchery perpetrated by Georgian forces against ethnic Russians and Ossetians, when in one night 2.000 civilians were slaughtered?), speaking about the need to adhere to international law at the beginning of the 21st century.

Here we have a President and his Secretary of State condemning Russia and supporting Georgia without one single word of mention of the Georgian war crimes which started this whole sorry affair. Not one single word of mention about the obligation Georgia had to hold a referendum in Abkhazia and South Ossetia under the terms of the Soviet Constitution, namely as regards its provisions for the voluntary dissolution of the Union or secession of Member States.

Here we have two senior members of a regime which entered Iraq based upon a tissue of lies, which then declared that the goal was regime change and which proceeded to mastermind a kangaroo court which changed the judges numerous times until who they purport as being His Excellency President Saddam Hussein al-Tikriti was hanged by the neck. Then they complain about Russia wanting to remove that criminal murderer, Saakashvili?

They have the audacity to complain about Russia violating Georgia’s frontiers, when the US armed forces invaded Iraq and slaughtered hundreds of thousands of civilians? They have the cheek to complain about Russian military operations when cluster bombs were dropped into civilian areas in Iraq, when prisoners were tortured in Abu Ghraib, when innocent people were rounded up and sent to the illegal concentration camp at Guantanamo, where they did not even have access to a due legal process?

They have the sheer, pig-headed arrogance to speak about the territorial integrity of Georgia, when Iraq was invaded outside any norm of international law, its civilian structures were targeted with military hardware and reconstruction contracts were doled out without tender to White House cronies?

Suppose Russia claimed that it wanted regime change in Georgia, invaded the country, slaughtered hundreds of thousands of its citizens, deployed WMD in civilian areas, raped and tortured prisoners, caught Saakashvili and hanged him? Morally, Bush, Rice and their entire odious and satanic regime would not be able to say a single word without the label “hypocrisy” choking them in their throats.

How can these two, the Riddler and the Joker of international politics, the Himmler and Torquemada of modern diplomatic history, be expected to be taken seriously? Do they really think that there is a single human being on this planet who does not sneer in derision and stick up his middle finger every time they appear on a TV screen?

Hypocrites! Don’t cast stones if you have roofs made of glass. What the USA did in Iraq was a thousand times more than what Russia is doing in Georgia, namely launching a punitive raid after the slaughter of 2.000 of its citizens by the forces George Bush and Condoleeza Rice’s armed forces train. And these two do not even have the decency to refer to Georgia’s war crimes. How low can you get?

How about sending more military advisors to Georgia, since the hundreds they had there did such a wonderful job? Like their politicians, the US armed forces are a joke, no more than a bunch of murdering callous torturers belonging more in a medieval torture chamber than in the 21st century. 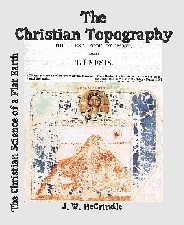