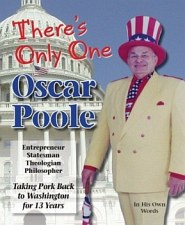 The more things change, the more they expose McSame

John McCain is like a moth who just can't stay away from the corruption flame, given the sheer number of lobbyists and other questionable cronies, big money bundlers buying corporate inroads by funding his Presidential run, and other issues that have cropped up ... including serious questions about what all that money has bought from the sinking maverocity sham.

But this is a new low for the McCain Corruption Express, even for a campaign that has sunk pretty far into the ditch as it is. To wit:


Reed, the former head of the Christian Coalition, was tied to the corruption scandal involving Jack Abramoff, the highly paid Washington lobbyist now serving a six-year prison term. Much of the Abramoff scandal was exposed by an investigation led by McCain when he chaired the Senate Committee on Indian Affairs ...


Reed's firm received more than $4 million to rally Christian voters against a casino that competed with Abramoff's Indian clients.


Although McCain's committee uncovered much of Abramoff's shenanigans, McCain never called Reed to testify. Reed was not charged in the subsequent Justice Department investigation, although the scandal helped sink his 2006 bid for the Georgia GOP's nomination as lieutenant governor ...

My favorite part is where Reed claims that he's just helping McCain out as a private citizen with no real agenda. Just out of the goodness of his l'il ole heart, I suppose. (And why do I have that Grinch-y two sizes too small heart feeling as I type that? Ugh.) Just witness the magnanimity with nothing in it for him,nosiree:


He said he was not a host or a co-chair but rather a run-of-the-mill attendee who was doing his part to support the party's nominee. The e-mail, Reed said, was an attempt to garner further support for McCain.

What a swell fella. I mean, he says so himself, so who wouldn't believe him?!? Nope, no self-interest here.

Except I have this nagging feeling that the McCain campaign used Reed's valuable mailing list contacts for their own fundraising purposes here, and they aren't fooling anyone by pretending innocence and finance coordination virginity. And that Mr. "Praise the lord and pass the collection plate!" doesn't exactly offer this fundraising commodity as a freebie, so what's in it for Ralph? This just screams down and dirty, doesn't it?

McCain knows exactly how extensive Reed's connections are, given that he chaired Indian Affairs when they investigated Jack Abramoff for using those same Reed connections to gin up faux outrage to help Abramoff shut down casino hopes for one tribe while he bilked a neighboring tribe dry. And how extensive and valuable all those contacts can be and have been for folks like Karl Rove, who is also, not coincidentally, advising the McCain campaign -- and an old pal of Ralph Reed and Grover Norquist and Jack Abramoff from their College Republican days. Just how valuable can Reed be?


Reed's value to corporate America has been enhanced by his close ties to the Bush administration and especially to Karl Rove, the president's chief political guru. Not long after Century Strategies started, Rove reportedly helped Reed land an Enron contract worth at least $300,000 to help build support for energy deregulation. Century Strategies did voter-mobilization work for the Bush campaign and the Republican National Committee in 2000; it has been retained again this year for similar projects. Reed has also been serving as Southeast regional coordinator for the Bush campaign, with responsibility for delivering Florida and four other Southern states. Bush campaign manager Ken Mehlman has called Reed "the guy who gets it done" in the South, especially in reaching out to evangelicals and other religious groups and advising the national campaign on strategy.


Reed's political ties have allowed him to carve out a special niche among political influence merchants. "Ralph has cornered the market in corporate strategic communications and grassroots using his social conservative base combined with his personal communications skills and his influence in the Bush reelection campaign," says lobbyist Scott Reed (no relation), who managed Bob Dole's 1996 presidential campaign. "This is a unique role for a GOP operative that has huge value for corporate America."

And Ralphie Boy Reed isn't such a scrupulous fella that he wouldn't use McCain for his own reputation rehab within the GOP, either, after his mortifying loss in Georgia last election cycle. That McCain is increasingly turning to the bottom feeders of the GOP? Well, that just reeks of more Turdblossom to come, doesn't it?

The more things change, the more they expose McSame.

Much, much more to come on this. But you can start with this from Lindsey, and the WSJ, in The Hill, in the NYTimes, and Campaign Money Watch.

Christy Hardin Smith is a former attorney, who earned her undergraduate degree at Smith College, in American Studies and Government, concentrating in American Foreign Policy. She then went on to graduate studies at the University of Pennsylvania in the field of political science and international relations/security studies, before attending law school at the College of Law at West Virginia University, where she was Associate Editor of the Law Review. 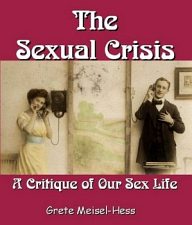